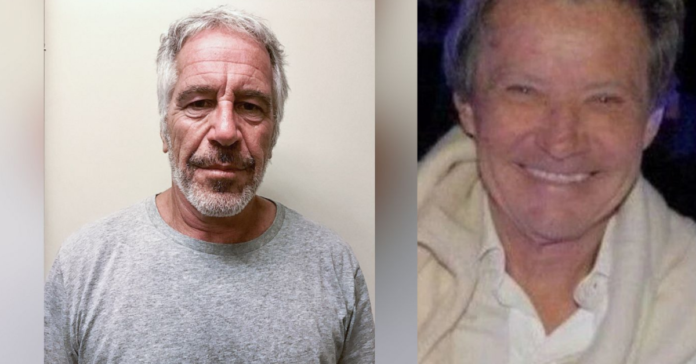 Jean-Luc Brunel, the former model scout who was in jail accused of trafficking underage girls to Jeffrey Epstein has been found dead in his prison cell in France. He was found hanging in his cell in La Santé, Paris, at approximately 1 am during a night check-in by guards.

The fashion agent was arrested at Charles de Gaulle airport in December 2020 while trying to fly to Senegal for holiday. The death comes just days after Prince Andrew, 62 settled Virginia Roberts’s lawsuit. Roberts had accused Brunel, 74, of obtaining more than a thousand women and girls for Epstein.

Brunel was awaiting trial in France for raping minors. “A night patrol found his lifeless body at about 1 am,” according to multiple media reports. “A judicial inquiry has been launched, and early evidence points to suicide.”

Brunel founded Karin Models and MC2 Model Management. Prosecutor Remy Heitz, after arresting Brunel, said Brunel “is suspected of having committed acts of rape, sexual assault and sexual harassment on various minor or major victims and of having, in particular, organized the transport and accommodation of young girls or young women on behalf of Jeffrey Epstein.”

Because many of the crimes he was accused of fell outside of the statute of limitations Brunel was walking free until Roberts went on record saying Brunel raped her in the early 2000s when she was between the ages of 16 and 19.

Officers were set to arrest Brunel in January 2020 following further enquiries, but on December 16 he was intercepted at Charles de Gaulle airport in Paris with a one-way ticket to Dakar, capital of Senegal, in West Africa.

‘This led to his immediate arrest and he was placed in custody,’ said the source. ‘The multiple rape charges solely relate to the testimony of Virginia Giuffre, and not any of the other alleged rape victims.

‘The sexual harassment indictment is nothing to do with the Epstein case, and instead relates to incidents in 2016 following a complaint by another woman who has not gone public.’

The ‘multiple rapes’ of Giuffre – now a mother of three who was called Virginia Roberts before her marriage – were said to have mainly taken place at Epstein’s home on the private island of Little Saint James, in the U.S. Virgin Islands.

Giuffre had produced sworn testimonies saying that both Brunel and Prince Andrew attacked her there.

According to French law, a French citizen such as Brunel can be tried in France for offences committed abroad.

JUST IN – Jean-Luc Brunel, the former model scout who's been accused of trafficking underage girls to Jeffrey #Epstein, "found dead" in his prison cell in France. pic.twitter.com/ZgKHN5m2tu