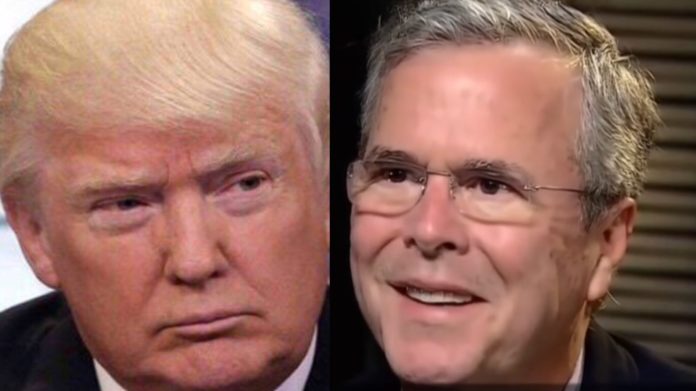 The Bush family showed America true class when they made the key decision to demand the establishment lay off the Trump bashing.

Cindy McCain had the same choice and she went the other way and encouraged the usual suspects into a Trump bashing disgrace of national proportions.

John McCain may have been happy, his daughter surely was, but it was the wrong thing to do at the wrong time – for his legacy, not for Trump.

It left him bitter to future remembrances and that is the real shame. We should all remember and celebrate all John did for the USA, not the controversy over the Trump bashing at the end. It was diminishing to a great man.

The Bush’s decision was all class and grace, and considering the feud between the two families, it is extraordinary they could put politics aside and celebrate the life of a great man.

The Trump’s for their part returned the kindness many times over going above and beyond the call of duty to help the Bush family.

From The Daily Wire: Both the Trump and the Bush families have been all class in the wake of the 41st president’s passing. On top of refusing to pull a McCain by inviting President Trump to the funeral, the Bushes have only expressed kind words regarding the current president.

On Tuesday, while speaking before the WSJ CEO Council, Jeb Bush, the former Florida governor, thanked both Donald and Melania Trump for their graciousness throughout this process, adding that President Trump “couldn’t have been nicer” when he called to pay his respects.

None of that means, however, that Jeb Bush and President Trump’s differences have been resolved. In the same talk, Jeb spoke about his father’s famous call for a “kinder, gentler America” and how that needs to come back.

“Politically it’s not winning,” Mr. Bush said of his father’s style. “But that’s not to say we shouldn’t restore it.”

Jeb Bush hoped that his father’s death would not be “an end of an era.” Later, he spoke of the optimism he has that such an era will return.

“A whole lot of people focused on solving problems, and they know that with civility and kindness and compassion and generosity of spirit you can do far more than pushing people down and making yourself look better,” he said. “I’m much more optimistic because I don’t come here often.”

As to why President Trump would not be giving the eulogy at his father’s funeral, the former Florida governor said that it was a matter of circumstance, being that his brother is a former president.

“What people want to talk about is, Well, why isn’t the president giving the eulogy?’ It’s because we have a unique circumstance here my brother was president,” he said. “I’m sorry. First dibs.”

Melania Trump led 20 members of the Bush family on a tour through the White House on Tuesday, a White House source told CNN. She reportedly gave them holiday cookies and arranged for them to meet with residence staff members.

Laura Bush posted an Instagram photo of the family with some residence staff members Tuesday.

“Thanks to Mrs. Trump for inviting our family to the White House to see the Christmas decorations and our old friends, the residence staff.”