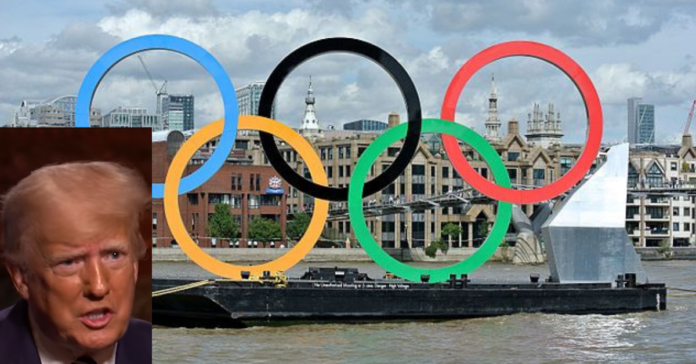 The International Olympic Committee (IOC) made a big move that will not go over well with our woke athletes. They just announced they will enforce their rule banning athletes from protesting or demonstrating at this summer’s Tokyo Olympics.

The committee added that kneeling or raising a fist will be quickly met with punishment. The IOC’s Athletes’ Commission chief Kirsty Coventry led the review of the rule and said most athletes favor punishing those who break it by protesting at the games.

“I would not want something to distract from my competition and take away from that. That is how I still feel today,” Coventry said.

She was asked if athletes would be punished for making political statements such as taking a knee on the podium and she quickly said: “Yes that is correct.”

“That is also because of the majority of athletes we spoke to. That is what they are requesting for,” Coventry said.

In its report, the IOC said, “Although the restriction imposed by Rule 50 may appear too sweeping, especially if compared to some sports organizations which allow expression in support of social (as opposed to political) causes, there are significant difficulties that an organization as diverse and universal as the IOC would face in distinguishing between admissible and inadmissible causes. For this reason, a blanket of neutrality is deemed an appropriate and proportionate solution, including from a human rights perspective, given the risk of politicizing the IOC and alienating countries or athletes.”

The ruling comes a week after a  top Japanese official said this summer’s Olympics in Tokyo could be canceled because of a recent resurgence of COVID-19 in countries across the world that plan to participate, according to a new report.

Toshihiro Nikai, the secretary-general of the Liberal Democratic Party, told a Japanese broadcaster that if the games seem “impossible to do … then we have to stop, decisively,” Reuters reported.

He said cancellation is “of course” an option, adding: “If the Olympics were to spread infection, then what are the Olympics for?”

But Reuters said the Tokyo Olympics Organizing Committee released a statement saying those preparing for the Games remain fully committed to hosting them beginning on July 23.

The IOC’s recommendations are the result of a consultation process that started in June 2020 and involved over 3,500 athletes.

Coventry said some 70% of those athletes did not want protests on podiums, ceremonies and fields of play.

The Tokyo Olympics, delayed by a year due to the pandemic, kick off on July 23.

Taking a knee, raising a fist to be punished at Tokyo Games, per the IOC https://t.co/aGWyyyQSYI

Athletes who take a knee or raise a fist in protest at Tokyo Olympics will face punishment: IOC https://t.co/iPHsKxlc2T

IOC just announced that Rule 50, banning demonstrations at Olympic venues, will continue to be enforced in Tokyo. https://t.co/VPFXzl8rfl