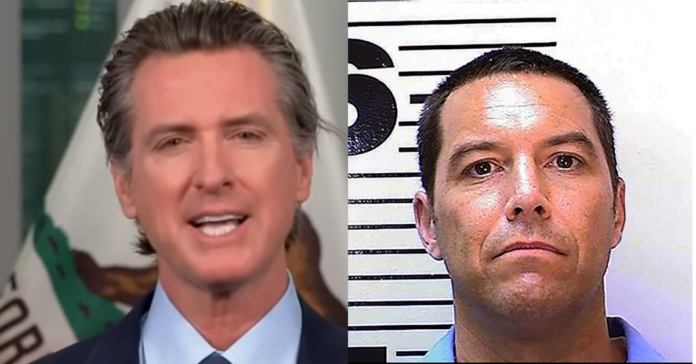 Gavin Newsom’s political future is sinking like a stone and the last thing he needs is this bombshell to drop in his lap.

Not all of that was paid out  – they are still investigating but have found that through the various schemes at least $140 million has been paid out.

He added that the state will “continue to fully partner with law enforcement and direct as many resources as needed to investigate and resolve this issue speedily.”

Sacramento County District Attorney Anne Marie Schubert said inmates in every California prison and in jails across the state filed 35,000 unemployment claims, according to NBC News. More than $140 million has already been paid out.

“Quite frankly, the inmates are mocking us,” Schubert said, according to Fox 5 San Diego. Combined losses “may well amount to upwards of a billion dollars having already been paid in their names.”

Once the final amount of losses is totaled, Schubert said, it will likely be “one of the biggest frauds of taxpayer dollars in California history.”

Schubert and other officials said the California Employment Development Department compounded the problem because it do not check the claims against a list of prison inmates. Prosecutors said they asked California Gov. Gavin Newsom (D) to intervene.

In other cases, claims were made with real names. Among them were 133 of the state’s 700 death row inmates, including convicted criminals like Cary Stayner, who murdered four people near Yosemite National Park in 1999; Susan Eubanks, who murdered her four sons in 1996; and Peterson, who killed his wife and unborn son in 2002.

Earlier this year, Peterson’s capital sentence was overturned after the state’s high court ruled that there had been “significant errors” during jury selection in his trial. Prosecutors have said they will again seek the death penalty in the case.

Asked how much fraud was associated with Peterson’s claim, another prosecutor with Schubert’s office said “we know the number” but declined to provide it citing an ongoing investigation.