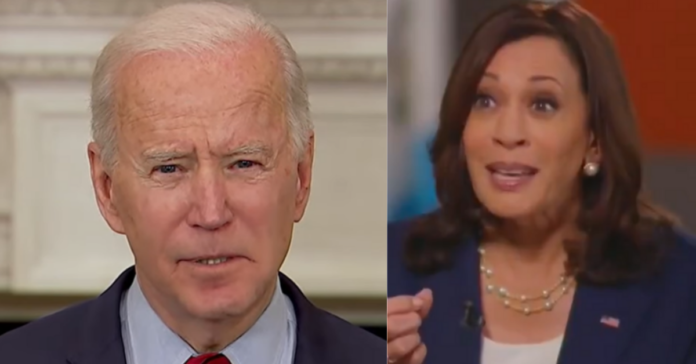 Inflation surged in May with consumer prices climbing at the fastest pace in more than 12 years as the world economy leaves the pandemic in the rearview mirror according to a federal report.

The Labor Department’s Consumer Price Index measures a basket of goods and services as well as energy and food costs. It jumped 5 percent in May from a year earlier. That’s the biggest 12-month rise since August 2008. Excluding food and energy prices, we saw a 3.8% gain making that the fastest rise since May 1992.

Tom Cotton said: “Inflation is up 5%—and Biden wants to spend $6 trillion more to see how high it will go.” Ben Shapiro said: “So you’re saying that if you inject trillions of dollars into a system while encouraging people not to work, there will be more dollars chasing less product? And we call this phenomenon INFLATION?! WHAT?!”

Treasury Secretary Janet Yellen said: “We have, in recent months, seen some inflation, and we, at least on a year-over-year basis, will continue, I believe, through the rest of the year, to see higher inflation rates, maybe around 3%. But I personally believe that this represents transitory factors.

“If we ended up with a slightly higher interest rate environment, it would actually be a plus for society’s point of view and the Fed’s point of view,” she said before walking back the comments and saying she believes inflation will settle down to around 2%.

Though the inflation readings are well above anything seen since the financial crisis, the Federal Reserve has been largely dismissive of the numbers. Central bank officials believe the current rise is due to temporary factors that will abate as the year goes on and look higher because of comparisons to the year-ago period when much of the economic activity remained restricted due to pandemic precautions.

Consequently, market participants generally do not expect to see the Fed react to the latest numbers when the policymaking Federal Open Market Committee meets next week.

Used cars and truck prices continued their climb higher, rising 7.3% on the month and 29.7% for the past 12 months. The new vehicles index increased 1.6%, its biggest-single month gain since October 2009 and was up 3.3% for the 12-month period, the highest move since November 2011.

However, the energy index was about flat for the month despite the huge run-up in gasoline prices this year, while the food index repeated its April rise of 0.4%.

The gasoline index is up 56.2% over the past year, part of an overall 28.5% increase in energy during the period. Food prices have remained comparatively tame, up 2.2% for the 12-month period.

So you're saying that if you inject trillions of dollars into a system while encouraging people not to work, there will be more dollars chasing less product? And we call this phenomenon INFLATION?! WHAT?! https://t.co/Bzl8jBt777

BREAKING! US Headline #Inflation rose to 5.0% in May, beating expectations. Core #CPI up to a whopping 3.8%, highest since 1992! pic.twitter.com/CNBQQkupJq