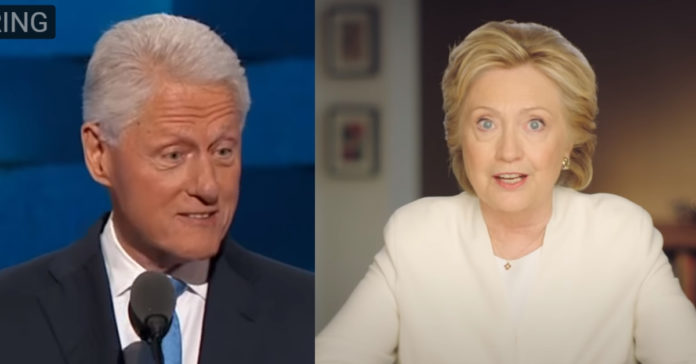 The Clinton’s went from broke to hundreds of millions in the bank in record time to say nothing of all the money they raised and stashed in the Clinton Foundation.

The question everyone wants to know – was the Clinton Foundation real or just a slush fund they used to trade favors in some grand pay to play scheme?

With our system of basically legalized briber,y the difference may be small but it exists and if you doubt that just go visit Rod Blagojevich in prison.

Fact is where there is smoke there is usually fire and a lot of people around the Clinton Foundation are going down.

Three Virginia businessmen were charged with attempting to defraud the United States Military by engaging in illegal commerce in Iran and laundering money internationally in an attempt at winning contracts in Afghanistan.

In 2012, Anham FZCO, a defense contractor based in the United Arab Emirates (UAE), which maintained offices in Dubai, UAE, Jordan and the United States, was awarded an $8 billion contract to provide food and supplies to U.S. troops stations in Afghanistan.

During the bidding process, Anham said they would build two warehouses to provide supplies. According to the indictment, Anham executives knowingly provided false estimates of the completion dates for the warehouses and by providing the government with misleading photographs intended to convey that Anham’s progress on the warehouses was further along than it actually was.

The company allegedly took construction materials and equipment to a site in February 2012 when they created the false appearance of an active construction site. Anham took photos, sent them to the Department of Defense as “in-progress,” and then deconstructed the temporary site.

According to the Department of Justice, bidders were required to certify that they abide by the Iran Sanctions Act, which prohibits U.S. citizens and companies from engaging in commercial activity in Iran. The company allegedly violated the sanctions by shipping warehouse materials to Iran and then, eventually, Afghanistan. They did this as a means of saving money.

Abul Huda Farouki was the chief executive officer of Anham and a major Democratic donor. He had previously donated to Bill Clinton, Barack Obama and Hillary Clinton. He was also a former member of the Clinton Global Initiative. Farouki’s company was awarded contracts when President Obama was in office and Hillary Clinton served as Secretary of State.

Which leads us to the Clinton Foundation whistleblower who was just raided by the FBI. From The Hill:

That evidence was assembled by a private firm called MDA Analytics LLC, run by accomplished ex-federal criminal investigators, who alleged the Clinton Foundation engaged in illegal activities and may be liable for millions of dollars in delinquent taxes and penalties.

In addition to the IRS, the firm’s partners have had contact with prosecutors in the main Justice Department in Washington and FBI agents in Little Rock, Arkansas. And just last week, a federal prosecutor suddenly asked for documents from their private investigation.

The 48-page submission, dated Aug. 11, 2017, supports its claims with 95 exhibits, including internal legal reviews that the foundation conducted on itself in 2008 and 2011.

Those reviews flagged serious concerns about legal compliance, improper commingling of personal and charity business and “quid pro quo” promises made to donors while Hillary Clinton was secretary of state.

The submission also cites an interview its investigators conducted with Andrew Kessel that quotes the foundation’s longtime chief financial officer as saying he was unable to stop former President Bill Clinton from “commingling” personal business and charitable activities inside the foundation and that he “knows where all the bodies are buried.”

“There is probable cause that the Clinton Foundation has run afoul of IRS rules regarding tax-exempt charitable organizations and has acted inconsistently with its stated purpose,” MDA Analytics alleged in its submission. “The Foundation should be investigated for all of the above-mentioned improprieties. The tax rules, codes, statutes and the rule of law should and must be applied in this case.”