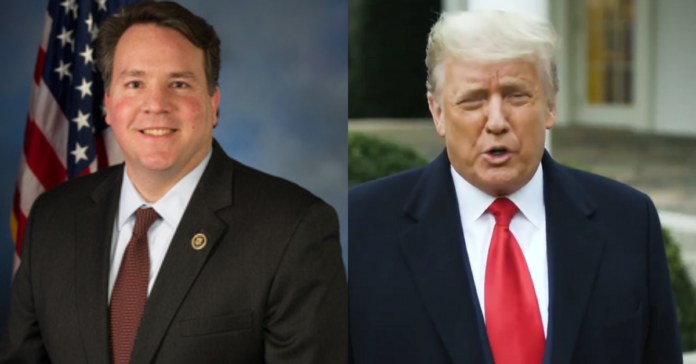 Majority Leader Steny Hoyer (D-Md.) asked that the resolution to call on Mike Pence to “convene and mobilize” the Cabinet to declare Trump unfit be passed unanimously.

Rep. Alex Mooney (R-W.Va.) objected saying he was strongly opposed to hurrying to pass a “resolution of this magnitude” with no debate in the House.

“Speaker Pelosi should not attempt to adopt a resolution of this magnitude without any debate on the floor of the U.S. House of Representatives,” he said.

“It is wrong to have sent members of Congress home and then try to adopt without any debate a precedent-setting resolution that could imperil our Republic,” Mooney added.

“The U.S. House must never adopt a resolution that demands the removal of a duly elected president, without any hearings, debate or recorded votes,” he said.

.@LeaderHoyer asks for Unanimous Consent on H.R. 21 calling on @VP Pence to convene and mobilize the cabinet to invoke Section 4 of the 25th amendment. @RepAlexMooney objects. pic.twitter.com/IoEoOfuUxj

This morning I stood with @RepAlexMooney, @RepScottPerry, and @RepHerrell to oppose the Democratic resolution calling on VP Pence to invoke the 25th amendment.