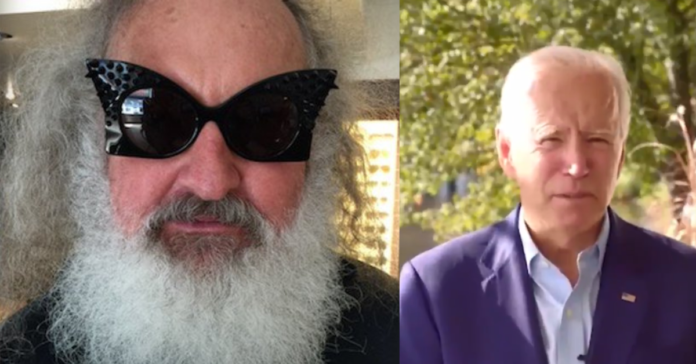 Hollywood star Randy Quaid made famous for roles in ‘Independence Day’ and ‘National Lampoon’s Christmas’ among other notable films mocked the Biden admin’s Fourth of July comment on social media.

“If we do all this, if we do our part, if we do this together, by July the 4th, there’s a good chance you, your families, and friends will be able to get together in your backyard or in your neighborhood and have a cookout and a barbeque and celebrate Independence Day,” Biden said.

“That doesn’t mean large events with lots of people together, but it does mean small groups will be able to get together,” he added.

“We can’t let our guard down. A July 4th with your loved ones is the goal. But a goal…a lot can happen, conditions can change.”

“The scientists have made clear that things may get worse again as new variants of the virus spread.”

Others have mocked the announcement as well. From Newsweek:

Jordan Rachel, a commentator and contributor for Turning Point USA, a conservative student movement, tweeted: “Raise your hand if you’re going to get together with WHOEVER you want to on the 4th of July and do WHATEVER the hell you want because you’re an American.”

Sharing a video of Biden’s address, user @Truth_Gazette, the creator of The Truth Gazette, which is described as “a conservative news service to fight the Fake News,” tweeted:

“No Joe – I’m gonna spend 4th of July with my friends and family out on the beach like I did last year, watching fireworks, eating BBQ, and celebrating my FREEDOM! And guess what… the government can’t stop me! Feel free to join us – I’ll save you a seat!”

The video had more than 43,000 views, while the user’s post had more than 3,000 likes since it was first shared, at the time of reporting.

User @unscriptedmike, whose Twitter profile description is says “MAGA,” tweeted: “Did you see Biden read from the teleprompter?

He said he might let us get together in small gatherings on the 4th of July. F*** him.” The post has had more than 1,000 likes since it was first shared.

Anthony Brian Logan, a conservative commentator and radio host, tweeted: If Black Lives Matter can riot for a whole year then I can do whatever I gosh darn please on the 4th of July.” His tweet received more than 600 likes since it was posted, at the time of reporting.

Raise your hand if you’re going to get together with WHOEVER you want to on the 4th of July and do WHATEVER the hell you want because you’re an American.