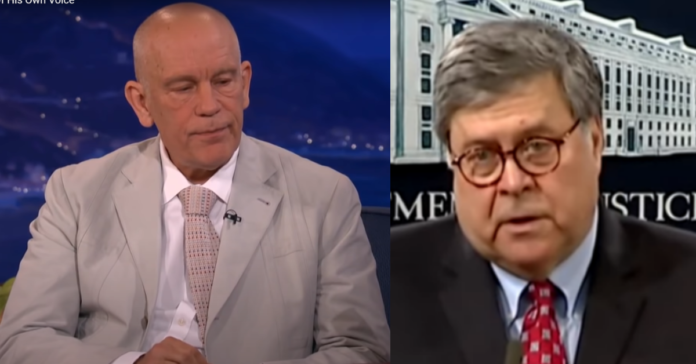 Hollywood star John Malkovich’s son was arrested at a Portland Riot Friday after Black Live Matters members gathered outside a police department to protest the cops.

Malkovich has avoided politics, for the most part, saying to the Guardian in 2017:

“No. I didn’t vote. I retired my democratic right after [Democratic candidate] George McGovern was defeated by Richard Nixon in 1972.”

“Did I miss something? I don’t think so. It kind of goes on tick-tocking from left to right, with two sides shouting and squabbling for what common good I’m not quite sure,” he added.

“As I’ve said before, if politics had anything to do with the solving of problems then you could count me in,” he said.

The legendary actor’s son Loewy, 28, is accused of interfering with a peace officer and disorderly conduct in the second degree.

He is among 27 arrested at the demonstration, where Black Lives Matter activists and Antifa members gathered outside the offices of the Portland police union to protest police brutality and racial inequality.

A Portland Police Department (PPD) press release listed Loewy’s name along with the others arrested after the protest was declared an unlawful assembly by the city and officers in riot gear rushed the crowd, detonating a smoke grenade and firing pepper balls and rubber bullets on the activists.

The 28-year-old appears to lean further left on the political spectrum than his Hollywood star father, who previously voiced his support for the Iraq war and once said in support of the death penalty:

‘I would have no problem pushing the switch while having dinner.’

But in May, 66-year-old Malkovich told The Guardian the last time he voted in a presidential election was for Democrat George McGovern in 1972.