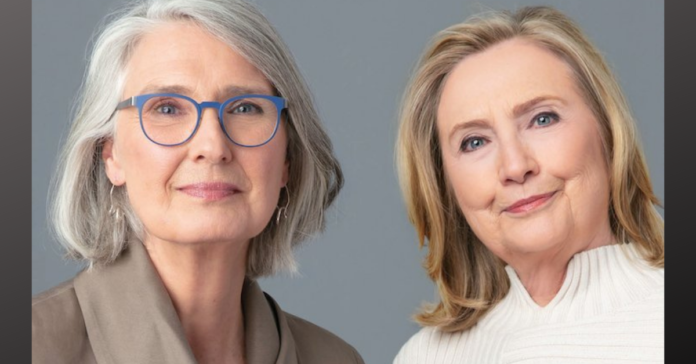 Twice failed Dem presidential candidate Hillary Clinton just said that she is not ready to go out to pasture yet, even though the Dem Party and America would obviously benefit from her going away.

The Clinton brand is tarnished beyond saving and if she really believes ‘Democracy is at stake’ she should look inward as her arrogance and entitled attitude had as much to do with Trump’s rise as Trump.

During an interview with ABC News’ “Good Morning America” Hillary said: “I will never be out of the game of politics. I’m not going to be running for anything. I really feel our democracy is at stake, and there’s many reasons for that.

“Some of them we saw on the screen with the insurrection, some of them because of the revelations about Facebook that creates a world of disinformation instead of, you know, one that we can agree on what the facts are.

“I really am worried about what’s happening at home and around the world.

“So, I’m never going to get out of, you know, being involved, worried and hopefully, trying to help in some way,” she said.

There is a reason Hillary lost twice, arrogance and entitlement blinded her from reality. It seems she has learned nothing.

Hillary’s (and the establishment) failed, quite naive, policies are the problem. The current supply chain chaos will get worse, most experts are predicting, and while COVID may have played a role in starting it if we had not outsourced everything we would be able to fix it quickly and on our own.

Gowdy began the segment talking about the energy crises that appears to be plaguing Europe and China that is contributing to the growing port congestion concerns facing the shipping industry.

Transportation Secretary Pete Buttigieg has been mostly silent on the matter, Gowdy provided a clip of Buttigieg where the secretary warned the problems could continue for years.

“These challenges are definitely going to continue in the months and years ahead,” Buttigieg said. “This is one more reason why we do need to deliver this infrastructure package, so that we can have a more resilient, flexible physical infrastructure to support our supply chain in this country.”

The “Sunday Night in America” host asked Lynch to explain in more detail what Buttigieg implied.

He told Gowdy that he spoken with several agencies in the process of creating a “Supply Chain Relief Program” to help with issues.

My first foray into fiction! It was a labor of love with my friend (and favorite mystery author) Louise Penny, and I can't wait for you to read it.

Pre-order “State of Terror” now to dive in as soon as it's released next Tuesday, October 12. https://t.co/wFFmAIb2qK pic.twitter.com/fty5ji2Cm4