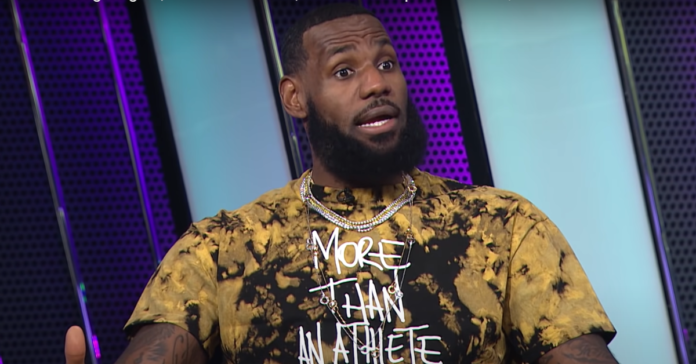 NBA superstar LeBron James got some bad news from the new bosses at HBO when they scrapped a  movie he produced along with multiple other big-name projects. HBO yanked multiple titles from the schedule despite many of them being finished, some with massive spent budgets.

James was behind the reboot of the comedy classic “House Party.” It was slated to premiere on July 28 on HBO Max but was scrubbed from the release calendar. The $90 million “Batgirl” was also scrubbed along with the $40 million ‘Scoob!: Holiday Haunt.’

“It’s an entirely new look for a classic movie,” James told The Hollywood Reporter in 2018 about ‘House Party.’ “Everyone I grew up with loved House Party. To partner with this creative team to bring a new House Party to a new generation is unbelievable.”

“It’s fun, it was an honor when I got the opportunity to produce it [and] reboot the whole movie,” James told ESPN later.

“I had so much fun as a kid watching that movie and when I was growing up as a youngster, I was like, ‘Man, I hope I have an opportunity to go to one of these house parties where it’s just a bunch of fun, joking around, a lot of dancing.

“People just having a good time.”

“We both want to say how proud we are of this movie and of everyone who worked on it. We are lifelong Scooby-Doo fans and this was a true passion project for us.

“We don’t know for certain what the fate of our movie will be, but for the crew and the Scooby fan base, we are hoping for a Christmas miracle. Thanks everyone for all your love and support.”

Warner Bros. announced Aug. 3 that it would not be releasing the $90 million “Batgirl” in theaters or on its HBO Max streamer despite the movie being fully shot and in post-production.

The filmmaking duo, best known for helming “Bad Boys for Life” and episodes of “Ms. Marvel,” reacted on social media to the film’s shelving.

“We are saddened and shocked by the news. We still can’t believe it,” the directing duo wrote in a statement.

“As directors, it is critical that our work be shown to audiences, and while the film was far from finished, we wish that fans all over the world would have had the opportunity to see and embrace the final film themselves. Maybe one day they will insha’Allah.”

The statement continues, “Our amazing cast and crew did a tremendous job and worked so hard to bring Batgirl to life.

We are forever grateful to have been part of that team. It was a dream to work with such fantastic actors like Michael Keaton, J.K. Simmons, Brendan Fraser, Jacob Scipio, Corey Johnson, Rebecca Front and especially the great Leslie Grace, who portrayed Batgirl with so much passion, dedication and humanity.”

“In any case, as huge fans of Batman since we were little kids, it was a privilege and an honor to have been a part of the DCEU, even if it was for a brief moment,” the statement concludes. “Batgirl For Life.”

The ‘House Party’ reboot produced by LeBron James (@KingJames) has officially been shelved.

The film was set to star Jacob Latimore, Rotimi and more. https://t.co/ov8Xm6qde9 pic.twitter.com/v6E5R16MMj

The idea that you could pour a year or more of your life into a project, actually shoot it, get right up to the finish line on it, and then watch it evaporate into the ether for a corporate tax break is a nightmare. I feel so hard for everyone reeling from this right now.