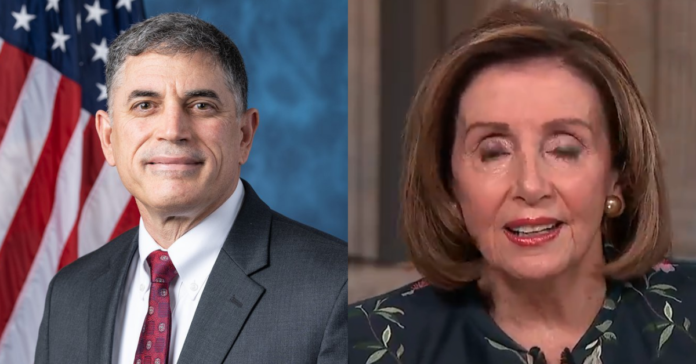 GOP Rep. Andrew Clyde said he is getting ready to file a lawsuit against Speaker of the House Nancy Pelosi over new restrictions at the Capitol.

Clyde is a Georgia gun store owner. He was not happy with the new metal detectors outside the House chamber. Pelosi added some pretty hefty fines for breaking the rules after most just ignored the new devices and walked around them.

But some on the GOP were more than happy to get fined as they said it was all a trap so they could have standing to sue Nancy Pelosi in federal court.

“I did that so we would have legal standing to take the case to federal court, and that’s exactly what I’m going to do,” Clyde, R-Ga., said of why he got the fines.

“And I’m all teed up to do that. People have to stand for the Constitution. And if I have to get fined in order to give me a legal standing to do that then I’ll be fined.”

“It was all preplanned to make sure that we had legal standing,” Clyde said.

“I love to carry everywhere I possibly can that it is legal,” Clyde said.

“We should be able to carry on the House floor, and the Democrats should have no fear of that whatsoever.”

Georgia Rep.-elect Andrew Clyde, a Navy combat veteran and gun rights advocate, tells Fox News why he ran for Congress and what he wants to accomplish.https://t.co/4ChrcDNVuh