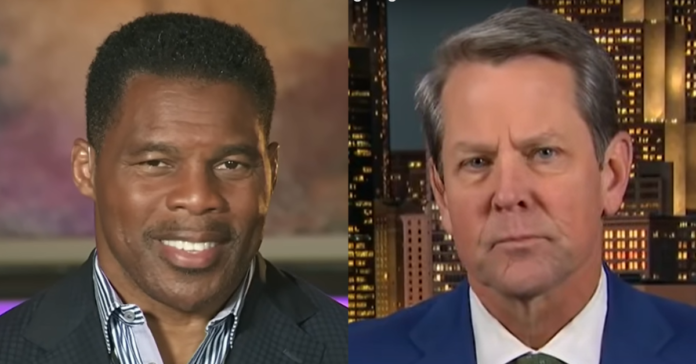 Walked has been trailing in the polls so this could be a huge sign the GOP will have a good year. Walker saw a two-point gain since July while Warnock saw a four-point decrease heading into the midterms.

“The reason is, I’m getting out and meeting the people, and I’m talking to the people and the people are speaking.

“You know, they’ve spent over $50 million against me, but the race is still tied.”

“People want a change in Washington.

“Senator Warnock is a cut from the cloth of Joe Biden.

“And that’s not what the Georgian people want.

“Warnock is winning among younger voters and seniors but trails badly among those 40-64. Men support Walker at 60%, while women support Warnock at 55%. Walker is receiving 12% support from African American respondents,” said pollster Matt Towery.

“With only 4% undecided, this race could very well be headed to a General Election runoff given the fact that there seems to be few points among the various demographics up for grabs.

“Kemp leads in every age group in the survey.

“He receives right at 10% of African American support and a rather astounding 68% of White voters surveyed. Abrams has an impressive 54% of female voters, while Kemp receives 63% from men,” Towery added.

Brian Kemp has never trailed in a general election survey against Abrams. Insider Advantage has him up 8. https://t.co/7LdgKH9mOA