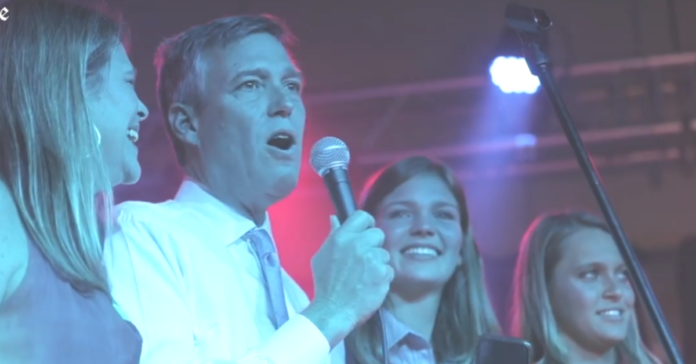 The backlash against the Dems mismanagement is not over. Voters just flipped a mayor’s seat for the first time in 30 years.  Barack Obama went down to campaign for the Dem candidate and Joe Biden won the area by over 30 points.

And the GOP still won. Daniel Rickenmann will be the 37th mayor of Columbia, South Carolina. The city has had a Dem mayor for 30 years. Think about that when someone tells you the red wave is a mirage.

“I’m just overwhelmed by all the support from the business community, the citizens of Columbia, the young people and the old, a cross-section of people,” Rickenmann said. “I’m just excited about the opportunity to serve them and get to work.”

“For me, it is about being the mayor for everybody,” Rickenmann said. “This is about serving the people of Columbia, and that’s what I intend to do.”

“At the end of the day, it came down to a battle,” Rickenmann said.

“There were a lot of outside folks involved. At end of the day, Columbia chose and we both respect the voters.”

Scott said: “Columbia, SC has been led by Dem mayors for 30 years. JoeBiden won this city by 30 points in 2020 and BarackObama  campaigned for the Democrat.

But last night, Republican Rickenman had a big win. The red wave is coming.”

Clyburn, one of the most prominent Democrats in both the South and the Black community, who many believe saved President Biden’s flailing 2020 campaign with his endorsement, also endorsed Devine.

Columbia has been so reliably blue over the last several years that Republicans didn’t put forth a challenger to Rickenmann’s Democratic predecessor, Mayor Stephen Benjamin.

Republicans are likening Rickenmann’s victory to the GOP’s successful push in Virginia weeks ago that elected businessman Glenn Youngkin as the commonwealth’s next governor despite Virginians voting reliably blue for several cycles.

Columbia, SC has been led by Dem mayors for 30 years. @JoeBiden won this city by 30 points in 2020 and @BarackObama campaigned for the Democrat.

But last night, Republican @Rickenmann had a big win. The red wave is coming! https://t.co/F2r11Ky34v