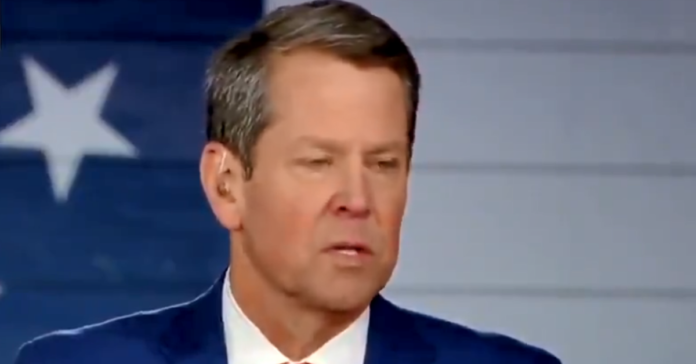 The Republican-controlled Georgia Senate passed four election bills this week. They are expected to pass more before the 2022 elections. One of the bills would require absentee mail ballot applications to be verified using a form of ID.

That bill passed Tuesday with a vote of 35 to 18. All Democrats voted against it. The bill was sponsored by Majority Caucus Vice-Chair Sen. Larry Walker (R-Perry).

“It’s not about disenfranchising voters, it’s not about overly burdening the electorate,” Walker said. “It is about efficiency and security and election integrity and allowing the Georgia public to have confidence in the vote.”

SB 67 adds an ID requirement to paper requests for absentee ballots, and would require either a driver’s license number, state ID number or photocopy of a photo ID that would be needed for in-person voting. An online portal, created by the secretary of state’s office last year and codified under this bill, already requires that information for a request. This would also eliminate the controversial signature matching procedure currently in place to verify applications, but would leave it in place for verifying the actual ballot.

Majority Caucus Vice Chair Sen. Larry Walker (R-Perry) sponsored the bill and said it would improve security and efficiency of the absentee process.

“It’s not about disenfranchising voters, it’s not about overly burdening the electorate,” he said. “It is about efficiency and security and election integrity and allowing the Georgia public to have confidence in the vote.”

But Sen. David Lucas (D-Macon) gave an emotional speech in opposition to the proposal, calling it “malarkey” and warning that the measure would be costly because of inevitable court challenges.

“You’re going to spend taxpayer money trying to defend it,” he said. “I will not go back home and tell those who vote that I took away the right for you to vote.”

Adding an ID requirement to absentee voting is one of the few election proposals top Republicans have agreed on, with Gov. Brian Kemp, Lt. Gov. Geoff Duncan and House Speaker David Ralston shooting down various other ideas floated by lawmakers, including the end of no-excuse absentee voting passed by Republicans in 2005.

A bill from Sen. Jen Jordan (D-Atlanta) passed unanimously that would require local elections officials to begin processing absentee ballots the week before Election Day, codifying emergency rules enacted by the State Election Board ahead of a November election that saw more than 1.3 million mail-in ballots returned.