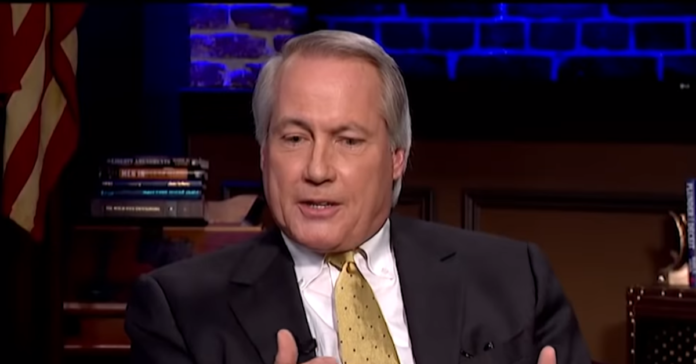 Lin Wood is facing mounting pressure over his role in contesting the 2020 election and his license to practice law may be the next domino to fall.

Nick Sandmann fired him and publicly broke with Lin over some of his more outrageous comments and a Delaware state judge blocked him from representing former Trump adviser Carter Page.

Now the State Bar of Georgia is asking him to undergo a mental health examination to keep his law license. Wood is refusing and said he will take them to court.

“I have done nothing wrong. I have only exercised my right of free speech,” Wood said in a social media post. “I will not allow the State Bar to persecute me for doing so and thereby violate my Constitutional rights.”

It is legal although not common for a State Bar to ask for a mental health check and the proceedings are usually kept secret. Wood apparently waived that right when he went public.

Lin Wood, a lawyer who played a role in former President Donald Trump’s attempts to overturn his election defeat, put his law license in jeopardy on Friday by saying on social media that he would not undergo a mental health evaluation requested by an attorney licensing body.

Wood said on the app Telegram on Thursday that the State Bar of Georgia had told him he needed to submit to the evaluation to keep his law license.

In a subsequent post on Friday, Wood said he would decline the request and “litigate” with the state bar if necessary.

“I have done nothing wrong. I have only exercised my right of free speech,” Wood said in that post. “I will not allow the State Bar to persecute me for doing so and thereby violate my Constitutional rights.”

State Bar of Georgia Chief Operating Officer Sarah Coole confirmed that Wood had been asked to undergo a mental health evaluation but declined to comment further.

The development comes weeks after Wood, an Atlanta-based defamation litigator, was banned from Twitter, where he regularly embraced conspiracy theories.