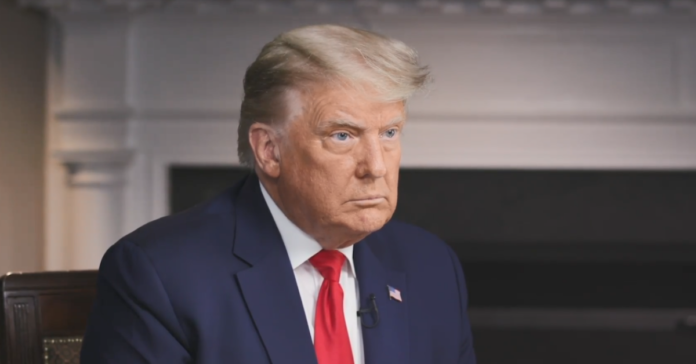 A recount requested by President Donald Trump’s re-election campaign in Georgia was delayed accrding to officials after a server crashed.

The first recount in Georgia was done as part of the audit process – they pick one race to audit for accuracy and they picked the presidential race.

So this is the third recount but according to Fulton County officials, Georgia’s most populous county, a newly-purchased Dominion Voting Systems mobile server crashed delaying the recount. It should resume today.

“Technicians from Dominion have been dispatched to resolve the issue,” Fulton County officials said in a statement. “The Georgia Secretary of State’s office has also been alerted to the issue and is aware of efforts to resolve the problem.”

“Look, when a voter votes on a Dominion machine, they fill out a ballot on a touch screen. They are given a printed copy which they then give to a local election official for safekeeping. If any electronic interference had taken place, the tally reported electronically would not match the printed ballots. and in every case where we’ve looked at — in Georgia, all across the country — the printed ballot, the gold standard in election security, has matched the electronic tally,” Michael Steel a spokesman for Dominion said.

Election officials in Georgia’s Fulton County told a local news outlet Sunday that a newly purchased Dominion Voting Systems mobile server crashed that delayed the state’s third recount of the presidential election and technicians from the company “have been dispatched to resolve the issue.”

11Alive.com reported that the Georgia Secretary of State’s office is aware of the efforts to “resolve the problem.”

The report indicated that about 88% of the ballots in the state’s largest county have been counted and the recount will resume again on Monday. The deadline to complete the recount is Dec. 2.

Joe Biden defeated President Trump by about 13,000 votes in the Peach State, but Trump and his legal team have challenged the results.

Based on existing numbers statewide, which aren’t expected to see a significant change, President-elect Joe Biden leads Trump by roughly 13,000 votes in the state – the first Democrat to take Georgia since Bill Clinton decades earlier.

The candidate-requested recount follows the election day tallies and a pre-certification hand audit of ballots. However, the Trump campaign insisted this particular recount also include signature matching – something not allowed under existing Georgia law.

All 159 Georgia counties are required to complete the recount by Dec. 2.