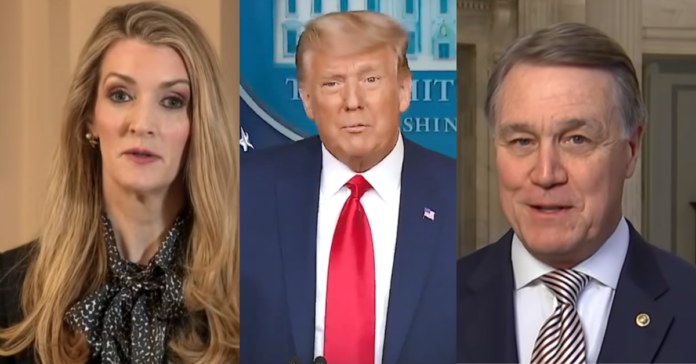 Georgia Secretary of State Brad Raffensperger just broke his silence and it is not good news for the Dems in the absolutely critical Georgia Senate races.

He told reporters today, “We have opened an investigation into a group called America Votes, who is sending absentee ballot applications to people at addresses where they have not lived since 1994.”

The secretary of state also pinpointed “Operation New Voter Registration Georgia, who is telling college students in Georgia that they can change their residency to Georgia and then change it back after the election.”

Raffensperger emphasized that “voting in Georgia when you’re not a resident of Georgia is a felony.

And encouraging college students to commit felonies without regard for what it might mean for them is despicable.

These third-party groups have a responsibility not to encourage illegal voting. If they do so, they will be held responsible.”

Gabriel Sterling, the election official who manages Georgia’s voting system, told reporters that “this is new information, these outside groups attempting to register people illegally potentially, in other states.”

Sterling said that these third-party groups appear to be “literally saying ‘hey, it’s OK to commit a felony.’”

And Raffensperger emphasized that “this office will continue to take steps to protect the voting rights of the legally registered Georgians of this state, Republican, Democrat, independent, and whatever party you may be a member of.”

The current balance of power for the next Senate coming out of this month’s elections is 50 Republicans and 48 Democrats.

That means Democrats must win both of Georgia’s runoff elections to make it a 50-50 Senate.

If that occurs, Vice President-elect Kamala Harris would be the tie-breaking vote, giving her party a razor-thin majority in the chamber.

+ adds the orgs "have a responsibility to not encourage illegal voting"

Georgia Secretary of State Brad Raffensperger says his office is investigating third-party groups that may be registering people to vote who live out of state. (He names America Votes, Vote Forward & New Georgia Project)