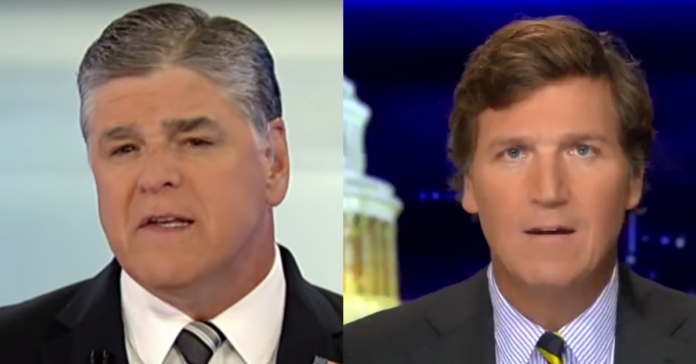 Rupert Murdoch is charging back into Fox News to make moves to stop the ratings slide the conservative network has suffered as competitors like Newsmax and OANN gain viewers.

He is already making major changes including moving Martha MacCallum from her 7 p.m. slot and replacing her with an opinion-based show.

“I mean Rupert got involved with the shuffling of the lineup so that’s never a good sign for someone in charge,” a current Fox staffer said. “What is the point of having a manager running your business if you have to run the business yourself?”

“Fox News has been absent a leader with the exception of Fox Corporation’s Chief Legal and Policy Officer Viet Dinh running the operation between the network and the White House,” another insider said before adding ominously: “Rupert re-taking the reins is a sign of the gross mismanagement to date.”

Amid ongoing ratings struggles, Fox News CEO Suzanne Scott and President Jay Wallace are fighting for their jobs as their boss Rupert Murdoch has swooped in to take a more hands-on role at the network in recent days, multiple network insiders told The Daily Beast.

In fact, according to people familiar with the situation, Scott’s days at Fox News may shortly be coming to an end, following a tumultuous few months in which the conservative cable news giant’s ratings have sagged following the November election. A not-insignificant portion of the network’s conservative viewership have abandoned Fox for Newsmax, a rival pro-Trump channel that openly disregards factual reporting. To make matters worse, Fox has also suffered historic ratings losses to CNN and MSNBC, despite an intensely dramatic news cycle.

In response to a request for comment for this story, a Fox Corporation spokesperson said: “Your premise is wrong. It is wishful thinking by our competitors.” But when pressed for a statement of support for Scott from Fox CEO Lachlan Murdoch none was forthcoming.

Scott may be taking the brunt of blame, insiders said, for the network’s ratings issues. Additionally, last month, more than a dozen current and former Fox News women—both behind and in front of the camera—told The Daily Beast that the CEO has yet to be held accountable for her role as a prominent enabler for late founder Roger Ailes’ alleged serial sexual misconduct; and that she helped foster a misogynistic workplace culture that allegedly objectifies female staffers and ignores or silences their complaints of misconduct.

(Prior to the publication of that Daily Beast article, Fox News attempted to get a statement of support for Scott from Lachlan, but it wasn’t forthcoming even after the story ran, according to people familiar with the matter.)

Rupert Murdoch, who turns 90 in March, is returning to the United States after spending most of last year in the United Kingdom, and reversing Fox’s ratings decline is his top concern, according to a person familiar with his thinking.

He had been waiting to receive the second dose of the COVID-19 vaccine—which he has received in recent days—before coming stateside.