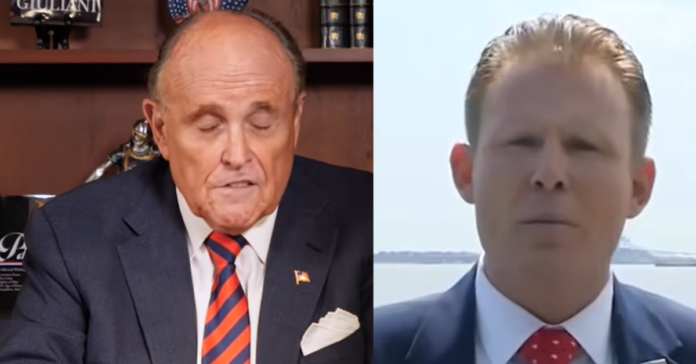 Fox News has reportedly banned Rudy Giuliani and his son from appearing on its network and it came from on high meaning Rupert Murdoch or his son made the call.

Giuliani has been banned for months but only learned of the ban the night before Sept. 11 when he was to appear on the network’s morning coverage. “Fox & Friends Weekend” co-host Pete Hegseth reportedly had to break the news to the former New York City mayor telling him he had been canceled from their 9/11 show.

“Rudy is really hurt because he did a big favor for Rupert Murdoch,” a source close to Giuliani told Politico. “He was instrumental in getting Fox on Time Warner so it could be watched in New York City.”

“I could not have been more disappointed with the Fox coverage on the 20th anniversary of September 11,” Bernie Kerik said.

“Then they chose to intentionally ignore Mayor Giuliani who was, and who according to their own coverage for the last two decades was America’s hero on the day and in the aftermath of the attack.

“Regardless of reasoning, I think this was another demonstration of Fox’s cowering to the far left” Kerik said.

RUDY GIULIANI has been banned from Fox News for almost three months. As if the sting of that weren’t painful enough, the “9/11 mayor” learned of his banishment … on the eve of Sept. 11.

Giuliani was slated to appear on “Fox & Friends” to mark the 20th anniversary of the attack. But the night before, host PETE HEGSETH called Giuliani to say he’d been cut from the show and apologize.

The ban extends not just to GIULIANI, but also to his son ANDREW, who has not been on Fox News since he launched his campaign for governor of New York in May despite many requests to go on the network.

His team has been frustrated that rival GOP gubernatorial candidate Rep. LEE ZELDIN is a frequent guest.

But bookers have told both Giulianis the ban comes from the top, sources said. The former New York City mayor had been a fixture on the network.