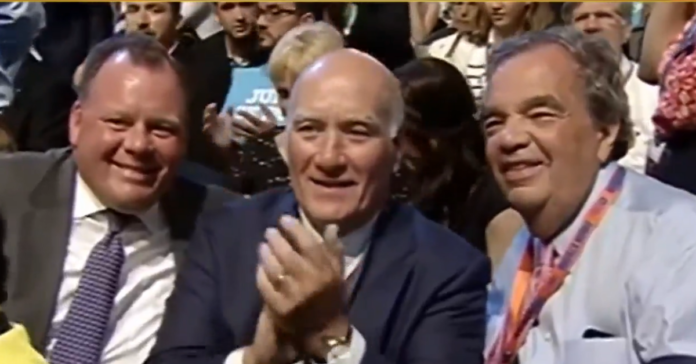 A powerful member of the Dem machine in Chicago has been indicted by federal authorities. Chicago Ald. Patrick Daley Thompson, nephew and grandson to two Chicago mayors – Richard M and Richard J Daley – was charged Thursday as part of a federal investigation into the collapse of a bank in his family’s longtime political stronghold.

Thompson has served as the 11th Ward alderman since 2015. Most considered this position as temporary to build experience to run for mayor. That won’t happen anytime soon after he was charged in a seven-count indictment with filing false tax returns and lying to Federal Deposit Insurance Corp. officials about $219,000 in loans and payments he took from Washington Federal Bank for Savings before it failed.

Thompson said his “conscience was clear” and that he was guilty only of “inadvertent tax preparation errors.”  He said, “I did not commit any crime, I am innocent, and I will prove it at trial. The charges in the indictment do not relate in any way to my public service or to my professional life. I remain 100 percent dedicated to serving the people of Chicago to the best of my ability.”

“I am very disappointed by the Justice Department’s decision to return an indictment against me today for inadvertent tax preparation errors and my incorrect memory about the amount of a personal bank loan,” the alderman said.

“I discovered the tax error and paid the small amount of taxes I owed. When the bank provided me the documents showing the actual amount of the loan, I promptly paid it back. Both matters were resolved before there was any government investigation.”

“Second, I am, first and foremost, a public servant. I have complete confidence in our system of justice and look forward to showing that the accusation is false.”

From The Chicago Tribune:

The indictment alleged Thompson’s first loan for $110,000 was issued by Washington Federal in November 2011, in the form of a check payable to a law firm as Thompson’s capital contribution. Thompson signed a note promising to pay the money back, but according to the charges he made only one payment on it the following February and never paid off the rest.

In March 2013, Thompson solicited a $20,000 payment from Washington Federal that was completely off the books and given with no collateral, according to the charges. Thompson allegedly used the money to pay past-due taxes to the Internal Revenue Service, but never paid a penny in principal or interest to the bank.

Ten months later, Thompson received another $89,000 loan from the bank in similarly secret fashion that he used to pay off a lien that another financial institution had placed on a property he owned, according to the indictment. Thompson also made no effort to repay that money, the charges stated.

The indictment also alleged that Thompson filed false tax returns over a five-year period stating he had paid a total of more than $171,000 in interest to Washington Federal related to the loans, when actually he had paid nothing, the indictment alleged. He also allegedly understated his taxable income on those same returns.

When FDIC officials questioned him about the money in 2018, Thompson lied on two separate occasions, saying he believed he owed $100,000 to $110,000 “and that any higher amount was incorrect,” the indictment stated.

He also told investigators that the first loan was for “home improvement” when he knew it had been paid to a law firm.