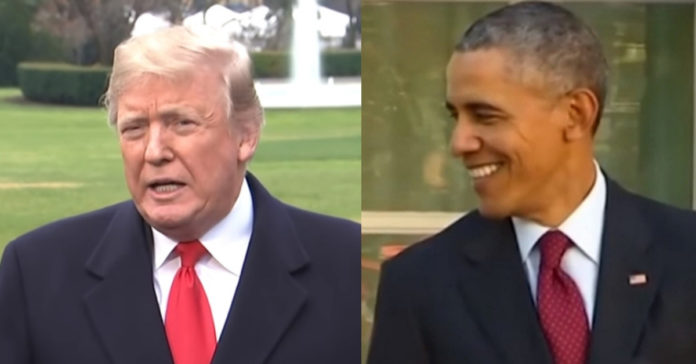 President Trump just got a huge win from a federal judge after he revoked an Obama immigration program. The left sued Trump, as per usual, but this time Trump got the win.

Expect more to come because the president is very powerful and certain narrow lawsuits may delay Trump’s agenda but they cannot stop it.

As each narrow lawsuit is addressed by the government lawyers and certain language is cleared up, Trump will see more wins in the courts.

It wasn’t all good news as the judge mentioned a few things she found troubling in Trump’s order, but overall found it was well within his rights as POTUS.

From The Washington Times: The Trump administration provided adequate justification for its decision to end a program that reunited hundreds of immigrants from Central America with family members in the U.S., a federal judge ruled Monday.

Magistrate Judge Laurel Beeler threw out the bulk of a lawsuit that argued the termination of the Obama-era Central American Minors program was arbitrary and violated the U.S. Constitution.

The program allowed parents legally in the U.S. to apply to bring children or other family members living in Honduras, Guatemala or El Salvador to the U.S.

One of the goals was to discourage children from making the dangerous journey from those countries to the U.S. to be with family.

More than 1,300 people came to the U.S. under the program between 2014 and the end of 2016, according to figures cited in Beeler’s decision.

In her ruling, Beeler said the decision to revoke those approvals was arbitrary and capricious and required more analysis and explanation.

Linda Evarts, an attorney with the International Refugee Assistance Project who is representing plaintiffs, said she welcomed that part of the ruling and called the decision “an important first step.”

The judge, however, found the administration had sufficient policy and legal arguments for its decision to end the Central American Minors program.

The Trump administration argued that immigration law called for a more sparing, case-by-case approach. It also said granting parole broadly created an incentive for illegal immigration and contributed to security problems along the U.S.-Mexico border.