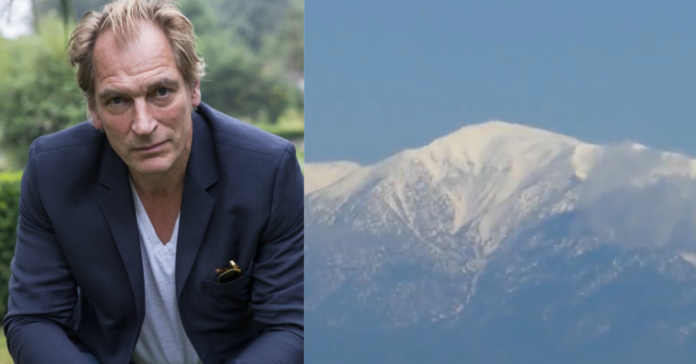 The family of missing actor Julian Sands issued a heartbreaking update after the star of “A Room with a View” and “Arachnophobia,” went missing on January 13 after going for a hike in the San Gabriel Mountains in San Bernardino County.

“The Sheriff’s Department is closing in on the second full week of the search for missing hiker, Julian Sands. Numerous ground and air search efforts have taken place,” San Bernardino County Sheriff-Coroner Department said in a statement. “As of this time, Mr. Sands has not been found and no evidence of his current location has been discovered.”

His family issued a statement that said: “Our heartfelt thanks to the compassionate members of the San Bernardino County Sheriff’s Department who are coordinating the search for our beloved Julian, not least the heroic search teams listed below who are braving difficult conditions on the ground and in the air to bring Julian home.”

“He has not yet been declared missing, presumed dead, but I know in my heart that he has gone. We are all still hoping, but I know he’s gone in my mind and because of that I’ve already said my goodbyes.

“However sibling rivalry being what it is, it would be just like him to walk out of there and prove me wrong.”

Nick Sands, the brother of Julian Sands, has told a UK publication he knows "in my heart that he has gone" as California authorities continue to search for the actor. https://t.co/wQKnB87a9N

“When in LA, the Mt Baldy mountain range was his favorite place, he would go there as often as he could.

“Julian liked to say ‘I have never had a holiday but I do rest occasionally’ – well he’s resting now in a place he would truly approve of.”

According to USA Today:

Sands starred opposite Helena Bonham Carter in the 1985 British romance from director James Ivory, “A Room With a View.”

Sands has worked consistently in the decades since with smaller roles in film and television. His most recent credit is in the 2022 horror film “The Ghosts of Monday,” according to IMDb.

Brother of missing actor Julian Sands says he has said his goodbyes https://t.co/qLsLUZIFRp

As we enter day 11 of the search for Julian Sands on Mt. Baldy, we are reminded of the sheer determination & selflessness of all of the people who have aided in this search. We will continue to utilize the resources available to us. The family would like to share this statement: pic.twitter.com/owO2o97f16