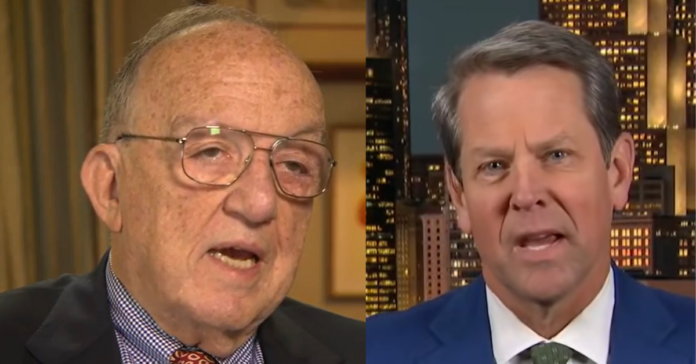 Vincent, who served as commissioner from 1989 to 1992, said wading into the pool that is divisive politics was a “serious mistake.” He wrote in the Wall Street Journal:

“Major League Baseball decided last week to move the All-Star Game out of Atlanta after the Georgia Legislature passed changes to the state’s voting laws that many, including President Biden, called racist. Activists urged Commissioner Robert Manfred to punish Georgia.

“By rushing to do so without first protesting the substance of the law, Mr. Manfred made a serious mistake.

“The use of “muscle” or financial power to influence policy is an ancient tactic. The term “boycott” has its roots in 19th-century Ireland, where the nationalist politician Charles Stewart Parnell urged his followers not to deal with Charles Cunningham Boycott, a highly unpopular British land agent.

“A boycott is generally an act of desperation, and the original one was largely unsuccessful.

“But consider what he didn’t do: He didn’t limit the number of home games the Atlanta Braves will play. He’d need the approval of the players’ union to do that, and Braves owner John Malone would surely resist.

“To move the site of the All-Star Game is one thing; to ignore union and ownership powers is quite another.

“The midsummer All-Star Game is an exhibition that benefits only the city where it’s played. It was reported Tuesday morning that Denver will be the new host.

“The players will get paid no matter where the game takes place. MLB will get the same television revenue.

“The only people hurt by Mr. Manfred’s decision will be Atlanta’s stadium workers and local vendors.

“The talk shows and editorial pages are full of questions. What is the basis for acting so forcefully against Georgia? If Georgia is racist, how can baseball talk of doing business with China? Mr. Manfred failed to spell out specific criticisms of Georgia’s voting law.

“Now he’s put himself in the awkward position of having to defend Colorado’s voting laws.”

Wow— former MLB commissioner Fay Vincent calls out Manfred/⁦@MLB⁩ over their decision to move the All Star Game out of Georgia:

“The commissioner politicized baseball over a law he likely hadn’t examined.” https://t.co/ocYqP4yit7

Former MLB commissioner Fay Vincent tore into the league and Rob Manfred for moving the all-star game out of Georgia:

"If Georgia is racist, how can baseball talk of doing business with China?”https://t.co/ABLhd2TXr3