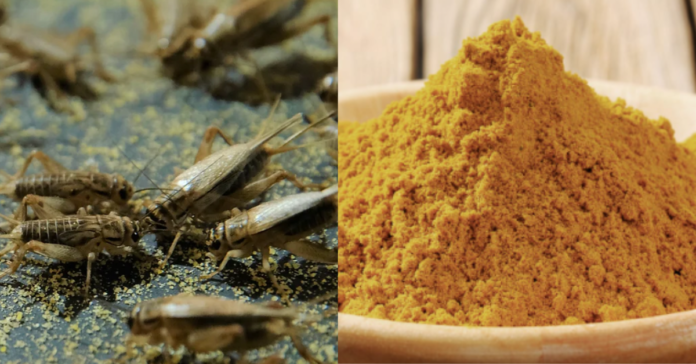 Food producers in the European Union will be allowed to use cricket powder in flour-based products according to a new regulation. The European Food Safety Authority concluded that mass-market consumption of partially defatted house cricket powder is “safe under the proposed conditions” of use levels, following a review launched three years ago.

According to the regulation, cricket powder will be allowed in food products like multigrain bread, crackers, cereal bars, biscuits, beer-like beverages, chocolates, sauces, whey powder, soups, and other items “intended for the general population.”

The company that submitted the application for authorization, Cricket One, claims the insects are “nutritionally more efficient” than livestock and serve as a more reliable “source of alternative protein.”

“On 24 July 2019, the company Cricket One Co. Ltd (‘the applicant’) submitted an application to the Commission for an authorisation in accordance with Article 10(1) of Regulation (EU) 2015/2283 to place Acheta domesticus (house cricket) partially defatted powder on the Union market as a novel food.

(1)  Acheta domesticus (house cricket) partially defatted powder is authorised to be placed on the market within the Union.

Acheta domesticus (house cricket) partially defatted powder shall be included in the Union list of novel foods set out in Implementing Regulation (EU) 2017/2470.

(2)  The Annex to Implementing Regulation (EU) 2017/2470 is amended in accordance with the Annex to this Regulation.

Only the company Cricket One Co. Ltd (10) is authorised to place on the market within the Union the novel food referred to in Article 1, for a period of 5 years from 24 January 2023, unless a subsequent applicant obtains an authorisation for that novel food without reference to the scientific data protected pursuant to Article 3 or with the agreement of Cricket One Co. Ltd.

The scientific data contained in the application file and fulfilling the conditions laid down in Article 26(2) of Regulation (EU) 2015/2283 shall not be used for the benefit of a subsequent applicant for a period of 5 years from the date of entry into force of this Regulation without the agreement of Cricket One Co. Ltd.”

Food producers in the European Union will be allowed to use cricket powder in flour-based products when a new statute takes effect on Tuesday. https://t.co/ZSOudZ7uLI pic.twitter.com/ki8TceZyCZ

NEW – ALDI lets German customers know that "currently" there is no insect powder in its products.

From today powder of the house cricket is allowed in a variety of food products in the European Union.https://t.co/ueB6DsyhPh@disclosetv