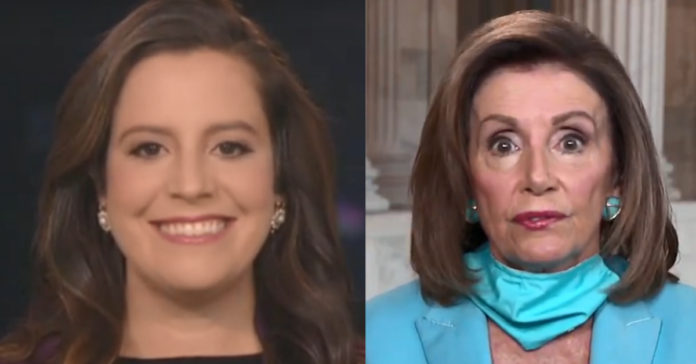 Nancy Pelosi and the House Democrats have painted a big red target on the back of impeachment star Elise Stefanik.

The left wants Elise to lose in November and they want her to lose big. Stefanik shot to fame after an impassioned defense of President Trump during his impeachment trial in the House.

She was smart and tough and even Trump branded her a rising star in the Republican party.

So the left went all-in behind her opponent Tedra Cobb showering her with money and promises from outside groups to help her take down Stefanik.

Today we learn that Elise is raking in massive amounts of money to defend her seat and that should strike fear in Pelosi’s heart.

Rep. Elise Stefanik, R-N.Y., is set to hit $10 million in contributions to her reelection campaign this year, and has become the most-funded Republican in the state, The Wall Street Journal reports.

The congresswoman reported raising more than $1.6 million in the latest quarter that ended last month, which brought her war chest up to $4.4 million in cash on hand, more than any other member of the GOP running in New York, and even more than former Republican gubernatorial candidate Marc Molinaro raised in 2018.

Stefanik’s opponent in the 2020 election, former Saint Lawrence County legislator Tedra Cobb, reported having $2.5 million in cash on hand at the beginning of June.

Stefanik was first elected in 2014 at the age of 30, becoming the youngest woman ever elected to Congress at the time.

Her prominence rose in 2019, when she helped lead the House hearings over President Donald Trump’s impeachment.

Her questioning of former U.S. Ambassador to Ukraine Marie Yovanovitch drew praise from Trump, who tweeted a video of her with the comment, “a new Republican star is born.”

The congresswoman attended Trump’s recent rally in Tulsa, Oklahoma, and is a co-chair of his New York reelection organization.