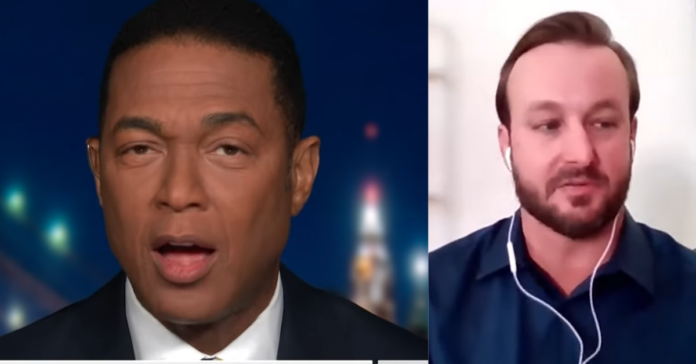 A man who accused CNN’s Don Lemon of assaulting him at a Hampton’s bar broke his silence to Megyn Kelly. Dustin Hice went on Monday’s “The Megyn Kelly Show” to detail the lurid allegations he has made in his lawsuit against the CNN star.

Hice says in his suit that Lemon acted in a wildly inappropriate manner by putting his hand down his own pants, rubbing his private parts, then shoving his fingers into Hice’s face.

“Anybody that acts like that in public without any fear of what it might do to somebody or the consequences it might have, that’s a pattern,” Hice said. “I wouldn’t be surprised.”

“He’s protected by the fact that he’s African American, gay man on television and I’m just some nobody.”

Lemon has denied the allegations with his attorneys saying the CNN host “is often subjected to racist and homophobic harassment.”

Hice revealed some new information to Kelly. He said that lemon’s team has made settlement offers, “He’s made three separate attempts, almost at a half a million dollars to try to get me to be quiet but my silence cannot be bought.

“This isn’t about me trying to get money. At this point, I just want my life back,” Hice said.

“I don’t see any kind of settlement happening without an admission of guilt or an apology, but I seriously doubt with his ego and pride that’s going to happen.”

Hice said he recognized the CNN anchor and called to the bartender for two Lemon Drop drinks in a play on the host’s last name. Hice claimed he was “being cordial.”

“I didn’t mean anything derogatory towards it,” he told Kelly. “But as soon as he said, ‘I’m just trying to have a good time,’ I just walked away.”

Lemon’s attorneys said in a court filing that Hice taunted Lemon and “repeatedly yelled” across the bar but that the host declined.

Hice claimed Lemon came up to him several minutes later and confronted him, then launched his vulgar attack. The ex-bartender also claimed Lemon asked several times, “Do you like p—y or d–k” during the alleged incident.