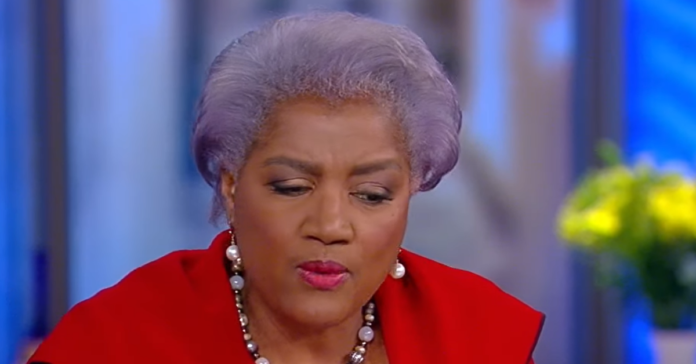 “When my contract expired, they offered me an additional 2-4 years,” Brazile said. “But I decided to return to ABC. Fox never censored my views in any way, I’ve accomplished what I wanted at Fox News.” The longtime Democratic strategist left CNN in 2016 under a cloud of suspicion after a series of emails released by Wikileaks showed she had given questions in advance of CNN’s Democratic primary debates to Hillary Clinton. “We are completely uncomfortable with what we have learned about her interactions with the Clinton campaign while she was a CNN contributor,” CNN said in a statement at the time.

“I don’t like the way we split,” Brazile said 2019 about how she left CNN, “I came out of 2016 bruised and battered and emotionally distraught,” and even considered not striking any new news relationships. “I didn’t think I would ever get myself to go back out there.”

A 2016 WikiLeaks email revealed that Brazile, then a CNN contributor, leaked debate questions to then-candidate Hillary Clinton’s campaign. Following the release of the hacked emails, CNN severed ties with Brazile.

The Democratic operative, meanwhile, defended her decision to join Fox News. At the time, she acknowledged she would get “criticized by my friends in the progressive movement” but said the 2016 election “showed we have to engage that audience and show Americans of every stripe what we stand for rather than retreat into our ‘safe spaces.’”

She also contended that she had all her “marbles” when she decided to join Fox.

It wasn’t just progressives, though, that criticized Brazile’s presence on Fox News. The network’s most devoted and powerful viewer repeatedly made his displeasure known that the ex-DNC chief was appearing on his television set.

“So @donnabrazile gives Crooked Hillary the Questions, and now she’s on @FoxNews,” then-President Donald Trump tweeted in August 2019, one of his many complaints about Brazile after she joined the network.

Brazile made a recent appeared on ABC News’ “This Week,” identified as a contributor, and a spokesperson for the Walt Disney unit confirmed she had joined its roster in previous weeks.

Brazile has been a noted presence on Fox News Channel, which tilts decidedly to the right. “There’s an audience on Fox News that doesn’t hear enough from Democrats,” Brazile said in 2019.

“We have to engage that audience and show Americans of every stripe what we stand for rather than retreat into our ‘safe spaces’ where we simply agree with each other.”

Her move to ABC News is unveiled in a week when Juan Williams, the panelist on “The Five” who offered liberal a perspective, announced he would leave the New York-based show to stay close to home in Washington, D.C..

Fox News is expected to seek a new panelist with a similar view as a replacement.

Fox News and Donna Brazile have quietly parted ways after she spent more than two years with the network as an on-air political analyst https://t.co/M3UWkW5PHq

Donna Brazile, the famed political strategist and former Democratic National Committee chairwoman who joined Fox as a political contributor in 2019, has moved to ABC News. https://t.co/2u7WCkhw8n