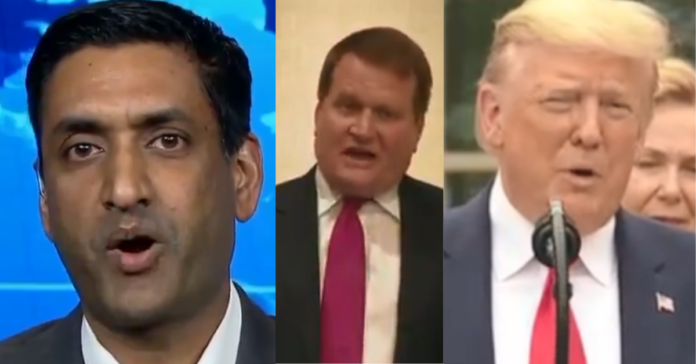 “Tony, hope you are doing okay. I did give an on the record statement to The NY Times that I know you, you have always acted honorably with me, and you and other family members supported me,” Khanna wrote. “I have told any media outlets that have asked the same thing.”

Khanna added that he has “refused to comment on the details of your allegations because I don’t have personal knowledge about that, but have said I respect your service to our country and that you have never been a ‘partisan hack’ in our interactions and have talked about putting country over party.”

“I also have made it clear that I do not think you are a Russian agent,” Khanna wrote. “I will continue to make that statement to any media that asks.”

Bobulinski, during an interview with Fox News’ Tucker Carlson on Tuesday night, said he wouldn’t have gone public about it if comments by House Intelligence Committee Chairman Adam Schiff that his claims were part of a “Russian disinformation” campaign were retracted. He then decided to go public to the FBI, Department of Justice, Congress and the media to tell his story.

Khanna, in the email, added that he is “grateful” for Bobulinski’s past support.

“We had a strict policy on the campaign never to accept contributions that were not from us citizens or green card holders and that were not made by people in their own name,” Khanna wrote. ‘We required explicit verification of that for every contribution made on our website and have that clear documentation.”

He added: “We took that very seriously and I made it clear that there could be zero compromise on that policy. It is a crime for a donor to reimburse someone else to give, and I know for a fact that is not something we ever accepted by anyone.

“I remain appreciative for your past support and your requesting your family members to support,” Khanna wrote. “After the heat of the election, if you want to, I am happy to chat.”

He added: “On a personal level, I wish you and your family the best.”

Email this morning from @RoKhanna to Tony Bobulinski. The redactions are mine pic.twitter.com/EA2bsusSJY