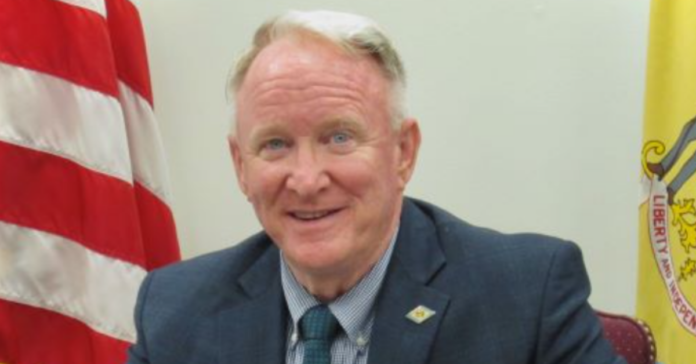 A Dem lawmaker from Delaware resigned in disgrace before being arrested on shoplifting charges Tuesday. Newark police issued a warrant for Rep. Gerald Brady’s arrest on two counts of shoplifting after store workers caught him in the act. Brady, 65, turned himself in and was released on his own recognizance.

But the real disgrace was how Brady and the Dems handled it. They tried to spin the arrest announcing he was resigning before it hit the news. And he blamed his resignation on PTSD. He said:

“I am announcing my resignation from the Delaware House of Representatives, effective Friday, February 4, 2022. I do so with deep regret and sadness, but I remain grateful for the nearly 16 years of service I was privileged to render of behalf of my neighbors and my community.

“As you know, I served my country honorably during the Middle Eastern conflicts of the last two decades as a member of the Delaware Army National Guard.

“As a result of my deployment, I lost the majority of my hearing and have been dealing with the challenges it presents daily.

“Just like many thousands of my fellow veterans returning home with wartime injuries, I have been diagnosed with post-traumatic stress disorder (PTSD.)

“The grim reality of this condition for those of us who live with it is long periods of silent suffering, which can be punctuated by episodes or conduct that may make little sense to people who do not understand the nature of PTSD.

“The challenges that returning veterans face can create situational stresses, which have a cumulative effect and take a great toll on an individual. Personal and professional challenges or other traumatic events can exacerbate PTSD.

“Recognizing the severity of this situation, I am taking steps to address these issues directly. I would ask anyone who knows someone who served to look after their loved ones and identify warning signs of PTSD and mental health issues. Early detection and intervention is critical.

“I will not have any further comment at this time. Thank you for your consideration in this matter,” he said.

“We would just ask that people and the media not jump to any conclusions.”

House Democrats announced last Friday that Brady was resigning effective Feb. 4, but they did not disclose that he was under criminal investigation.

Newark police said in a press release Tuesday that they received a report shortly after 5 p.m. on Jan. 12 of a shoplifting incident at an Acme grocery store. An employee told officers that he saw a man enter the store and recognized him from a Dec. 29 shoplifting incident that had not been reported to police.

In the second incident, the employee was able to identify the suspect’s car and get the license plate number, then watched him push a shopping cart full of merchandise past the registers and toward the exit, according to police. After being confronted by the employee, the man declined to pay for the merchandise, left the store and entered his car.

Police were told that the suspect’s vehicle had a General Assembly license plate bearing Brady’s initials. After viewing a photo of Brady, the store employee confirmed that the vehicle owner and the suspect in the two incidents was the same person.