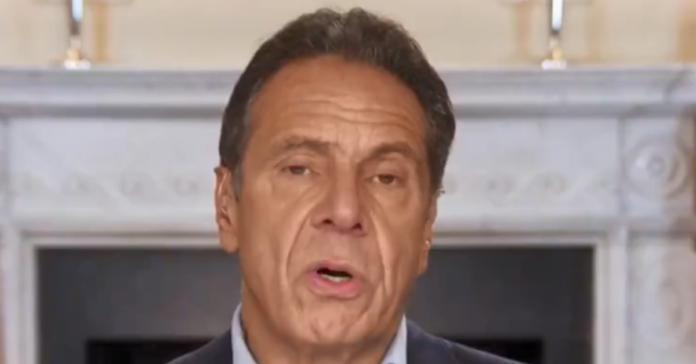 New York Gov. Andrew Cuomo’s fall from grace is complete and he is done in politics after multiple news outlets confirmed a bombshell story that his aides altered a report on nursing home deaths to hide the real number from the public.

They remove data from a public report that showed coronavirus-related nursing-home deaths in the state had exceeded the numbers the Cuomo admin gave the public.

The final report focused only on nursing-home residents who died inside those facilities. That is key because they did not count patients who died in the hospital but were sent from nursing-homes. It is important to note the public demanded this information from Cuomo so there is no excuse that this was political.

The state’s reported tally of 6,432 nursing-home resident deaths was not near the real number of nearly 10,000

The July report was produced after state lawmakers and families of people who died raised questions about a March 25, 2020, directive from the state Health Department about the policies regarding nursing-home patients and the coronavirus – a directive that critics claimed may have fostered the spread of the virus.

Then on Feb. 10 of this year, Cuomo aide Melissa DeRosa told state lawmakers that state officials delayed releasing nursing-home data last year, fearing at the time it might spark a federal investigation from the Trump administration. The Justice Department’s Civil Rights Division had begun seeking data from New York and other states last August, the Journal reported.

After the Journal’s story appeared Thursday night, at least two members of the Cuomo administration issued statements in defense of the administration’s actions.

Beth Garvey, a special counsel and senior adviser to Cuomo, claimed that “out-of-facility data” – meaning the deaths in hospitals – was omitted from the July report after the state Department of Health “could not confirm it had been adequately verified.”

“This did not change the conclusion of the report, which was and is that the March 25 order was ‘not a driver of nursing home infections or fatalities.’”

The central role played by the governor’s top aides reflected the lengths to which Mr. Cuomo has gone in the middle of a deadly pandemic to control data, brush aside public health expertise and bolster his position as a national leader in the fight against the coronavirus.

As the nursing home report was being written, the New York State Health Department’s data — contained in a chart reviewed by The Times that was included in a draft — put the death toll roughly 50 percent higher than the figure then being cited publicly by the Cuomo administration.

The Health Department worked on the report with McKinsey, a consulting firm hired by Mr. Cuomo to help with the pandemic response. The chart they created compared nursing home deaths in New York with other states. New York’s total of 9,250 deaths far exceeded that of the next-highest state, New Jersey, which had 6,150 at the time.

Cuomo told us he won’t resign. We must impeach. https://t.co/47nNwe9kf3

They should all go to jail.