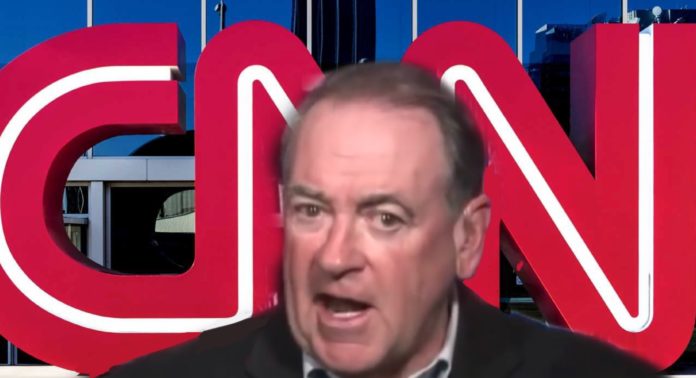 CNN is not having a great year, their ratings are way behind even MSNBC’s which shot past them with an even steadier stream of Trump bashing than CNN could muster. They find themselves mired in third place in the cable wars with no way up.

They aren’t even near Fox News and quite frankly media outlets like CNN deserve their fallen stature are they continue to slant the news coverage to fit their narratives.

It hurts the media’s credibility when they got caught in blatant double standards but what hurts them more is outright making stories and people up.

In another stunning blow to the media’s credibility, a German reporter who traveled to Trump country to bash the people resigned in disgrace after getting busted making up stories.

He just made stuff up and that may explain why CNN named him CNN’s Journalist of the Year in 2014.

From Fox News: The German magazine Der Spiegel revealed Wednesday that one of its top award-winning journalists fabricated many of his articles, inventing characters, sources, and their quotes “on a grand scale” for many years.

Claas Relotius, a reporter and editor, admitted to fabricating parts of at least 14 stories following the magazine’s internal investigation. The publication said the issue “marks a low point in the 70-year history of Der Spiegel.”

“I am sick and I need to get help,” he reportedly told the magazine.

The reporter contributed around 60 articles to Der Spiegel, one of the leading German magazines for investigative reporting. He previously worked for other publications in Europe and won awards such as CNN Journalist of the Year in 2014.

The fabricated articles include a phone interview with the parents of free agent NFL player Colin Kaepernick and a story about an American woman who claims to have volunteered to witness the executions of death row inmates.

Relotius also drew the fury of locals in Fergus Falls, Minn., after spending three weeks in town and fabricating facts, characters and quotes from people in an effort to portray the town in a negative light.

“What happened is beyond what I could have ever imagined: An article titled ‘Where they pray for Trump on Sundays,’ and endless pages of an insulting, if not hilarious, excuse for journalism,” wrote Michele Anderson and Jake Krohn who investigated Relotius’ Der Spiegel article about the town.

About right. World's most celebrated Fake News journalist who just made crap up out of thin air, was CNN's Journalist of the Year. Karma! https://t.co/zGvA0ZiZVT

That Der Spiegel journo (also CNN journalist of the year) caught faking news smeared an entire rural town to push the narrative that Trump supporters were backward and racist.

How many other times has this happened that we never found out about?https://t.co/LpQPY1wTqN