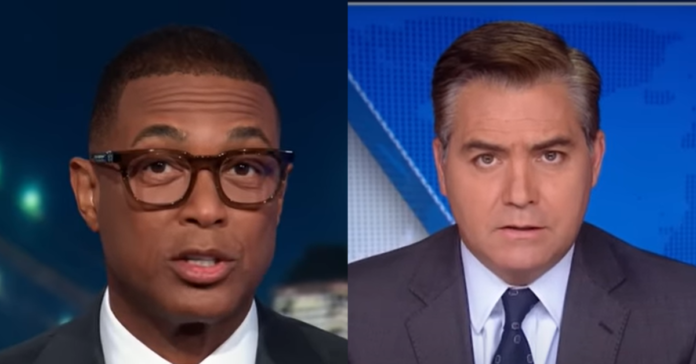 Jon Nicosia is a veteran reporter with solid sources at CNN’s new owner, Warner Bros. Discovery. We know his sources are gold because he has been ahead of every major story about the changes happening at CNN.

His track record has been impeccable going back to the troubles with Chris Wallace. He reported Wallace was disgruntled and CNN Plus, the streaming service Wallace was to lead, was in serious trouble and would not make it.

He was right. He also said Brian Stelter was going to be one of the first big names to be fired by CNN’s new owners as they attempt to revive the failing network. Stelter was fired yesterday.

He predicted Jeffrey Toobin would be fired by CNN (a few days ago CNN dumped him) and he was the first to report that CNN was going to get rid of Chris Cuomo.

Today Jon is reporting that Don Lemon and Jim Acosta are next.

Nicosia said: “Source: Once the coming shakeup at @CNN is done, don’t expect John Berman, Alisyn Camerota, Jim Acosta, Brianna Keilar, Jake Tapper, John King, and Don Lemon to still be at the network OR have their current show assignments.

“Source: Stelter was a ‘go’ because “he was seen as working against current management’s goals. Leaking, stirring disatisfaction internally.”

“To still be at the network OR have their current show assignments.”

“Perhaps I’m not processing this correctly but how would they not be at the network but still have their current show assignments?

“They could lose the show and be assigned elsewhere.”

He reported in April: “SOURCE: At a recent (informal) Discovery Board meeting (largest shareholder) John Malone referred to CNN’s Brian Stelter as a “cancer” and a “Zucker Henchman” that has “a failing show.”

“I really appreciate all that Brian has done to build the beat for CNN.

“He’s a great human being and a good person.

“I wish him all the best on his new venture.”

“This is a time of change, and I know that it’s unsettling.

“Give us some time, see how things develop, and then give us feedback.”

Stelter said after he was fired

“It was a rare privilege to lead a weekly show focused on the press at a time when it has never been more consequential,” Stelter said.

“We are proud of what Brian and his team accomplished over the years, and we’re confident their impact and influence will long outlive the show.”

Source: Once the coming shakeup at @CNN is done, don't expect John Berman, Alisyn Camerota, Jim Acosta, Brianna Keilar, Jake Tapper, John King, and Don Lemon to still be at the network OR have their current show assignments."

FYI on my Discovery sources: pic.twitter.com/v3ImwRgAx3

And had scoop on Toobin: pic.twitter.com/m1rsck0grI

And had Chris Cuomo scoop: pic.twitter.com/MSBr8b0Yy3