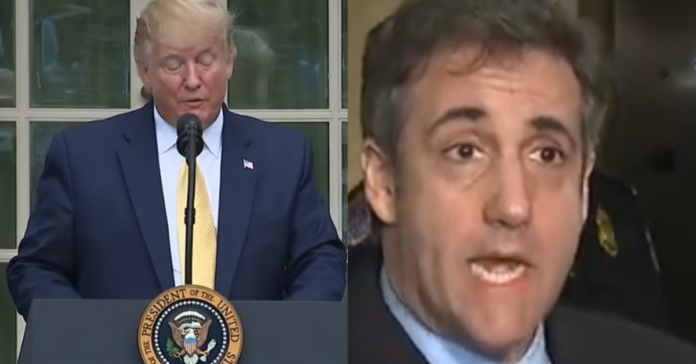 The left is in shambles, chasing false saviors like Robert Mueller and the Russian collusion narrative. It is time for them to face the facts – the establishment abandoned the average American and we fought back.

One need look no further to find the reason for Trump’s rapid rise. The sooner the left owns up to their failures, the sooner this country can move on.

The good news is they will have few choices left as it seems that another investigation into Trump has come up empty.

From CNN: A federal investigation into whether Trump Organization executives violated campaign-finance laws appears to be wrapping up without charges being filed, according to people familiar with the matter.

For months, federal prosecutors in New York have examined whether company officials broke the law, including in their effort to reimburse Michael Cohen for hush-money payments he made to women alleging affairs with his former boss, President Donald Trump.

In recent weeks, however, their investigation has quieted, the people familiar with the inquiry said, and prosecutors now don’t appear poised to charge any Trump Organization executives in the probe that stemmed from the case against Cohen.

In January, one month after Cohen was sentenced to three years in prison, prosecutors requested interviews with executives at the company, CNN reported. But prosecutors never followed up on their initial request, people familiar with the matter said, and the interviews never took place.

Meanwhile, there has been no contact between the Manhattan US Attorney’s office and officials at the Trump Organization in more than five months, one person familiar with the matter said.

There is no indication that the case has been formally closed, and former federal prosecutors cautioned that it is always possible that new information could revive the inquiry. The Manhattan US Attorney’s office continues to have at least one other ongoing Trump-connected investigation, a probe concerning the President’s inaugural committee.

The Trump Organization investigation was launched out of the Cohen case, in which he pleaded guilty to eight counts, including two counts of campaign-finance violations for orchestrating or making payments during the 2016 election to two women — adult-film actress Stormy Daniels and ex-Playboy model Karen McDougal — who alleged affairs with Trump. (Trump has denied the allegations.)