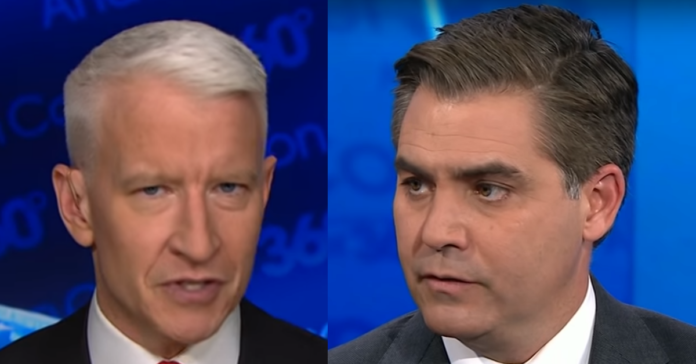 CNN is in a tough spot. Their ratings are plummeting in a time when they should be skyrocketing.

Trump has, for better or worse, made politics must-see television. CNN should be doing great business but cannot find their voice in a crowded cable landscape.

They showboat and attack Trump and lose the Trump watching audience, but they also lost the liberals who can’t forgive them for putting on Kellyanne Conway and other Trump surrogates on air.

To add insult to injury they have a new corporate boss not used to failure. From Fox News:

CNN’s audience shriveled in the second quarter of 2019, averaging only 541,000 total viewers while being more than doubled by Fox News Channel’s 1.3 million average in the process. But CNN struggled even more during the primetime hours of 8-11 p.m. ET, finishing as the fifteenth most-watched network on basic cable behind networks such as TLC, Investigation Discovery and the Hallmark Channel. CNN averaged a dismal 761,000 primetime viewers while FNC averaged 2.4 million.

CNN started off the third quarter with “the network’s lowest average since 2015” when it comes to primetime viewers among the key demographic of adults age 25-54, according to TVNewser. But the network has extended various contributors through the election, indicating that its apparent anti-Trump programming strategy will remain in place for at least the duration of the president’s first term.

“You know the answer,” a longtime CNN employee said when asked if staffers are panicked about the ratings decay before declining further comment.

“The people that are concerned – it’s certainly not the anchors who have lucrative contracts – it’s the people among the lower levels, such as producers and show bookers,” the employee said.

A third current staffer told Fox News that CNN “is clearly doing something wrong if the ratings are like this,” before asking, “So why don’t we try something different?”

Cable news viewership has declined in general as more and more consumers cut the cord in favor of OTT streaming services, but CNN’s losses are overwhelming. The network lost 18 percent of its audience compared to the second quarter of last year. CNN also dropped a whopping 38 percent of primetime viewers among the key demo.

“Losing nearly 40 percent of an already-third place audience must be a primary topic in internal meetings, with immediate remedies not readily apparent,” Concha said.

A CNN spokesperson told Fox News on May 7 that reports of looming layoffs were a “crazy rumor,” but staffers were shocked when members of the network’s Atlanta-based staff that covered health care were shown the door only two weeks later.

“Jim Acosta is, a lot of times, asking the right questions but it doesn’t always need to be about him and his grandstanding,” the CNN staffer said. “People get tired of it. Acosta is supposed to be a correspondent reporting the facts but you can’t tell the difference between him and a paid pundit.”