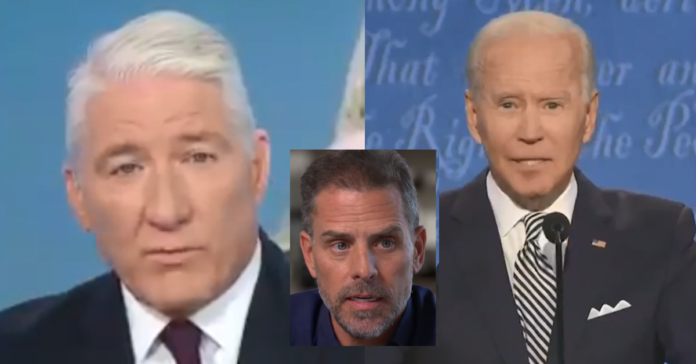 “I’ll call it out, he’s a swamp creature,” King said, before adding that Hunter Biden clearly traded on his family name to make money. CNN does not usually trash Hunter and Joe Biden.

“The former vice president, Dan, went on to say he hopes it’s not about either family — the Trump family or the Biden family — but it’s about the two candidates and their policies,” King said to The Washington Post’s Dan Balz.

“But Hunter Biden, in many ways, is a weakness for the former vice president because of his work,” King continued. “He was a — I’ll call it out — he’s a swamp creature, like many people, trading on his family name to make money around the world.”

“But the way the president handled that, did he, as Dana notes, actually give the vice president a way to come at that from a different perspective?”

Balz said, “If he wanted to make a pivot, he could have said something about Beau Biden, but instead he was so intent on bringing up Hunter Biden and trying to drive that, but step back for a minute.”

“In a country going through the problems that this country is going through, the idea that Hunter Biden becomes a central part of the president’s message in the campaign is quite astounding.”

The media has a double standard that much is clear and when CNN starts calling Hunter a swamp creature Joe Biden has a Hunter problem.

Last night Biden hinted he may start going after Trump’s family, specifically Jared and Ivanka but he did not. If Biden gets desperate he may try.

CNN’s John King says Hunter Biden was a "swamp creature…trading in his family name to make money". Guys I’m gonna need a moment to process CNN telling the truth. This is weird. pic.twitter.com/BwZe3gYOgq