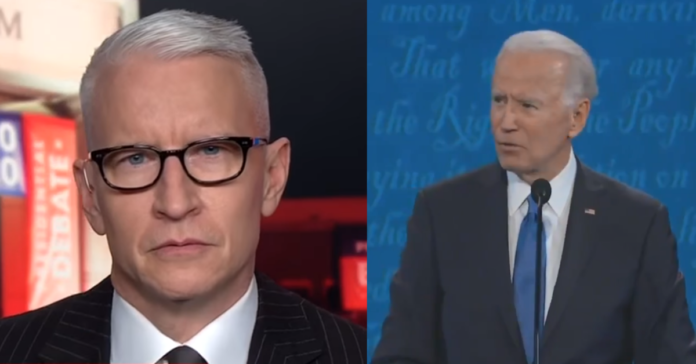 Joe Biden and President Trump went at each other last night on multiple topics. The choice before the country is clear and early vote totals are off the charts. For both sides.

Biden went after Trump for saying he was lying about fracking and Trump cleaned his clock not just on the debate stage, but after on CNN and then after on the internet.

A clean sweep if ever there was. Biden told Trump, “I have never said I oppose fracking.”

President Trump replied, “You said it on tape!”

“Show the tape,” Biden said back. “Put it on your website. The fact of the matter is he’s flat lying.”

Enter CNN’s Daniel Dale: “So, in this case, Trump is correct.”

He added, “Biden did make anti-fracking comments during the Democratic primary in 2019 and 2020, and Trump was not lying.”

CNN cut away to a clip of Biden in a debate speaking about fracking. Dale came back on screen and said that he “clearly was at least very strongly suggesting that he was an opponent.”

“Now the thing about this, the nuance here, is that was never Biden’s actual policy position.

“So, we had this weird, semi-comical cycle during the primary where Biden would make these broad anti-fracking comments, and then his campaign spokespeople would have to say, no, no, that’s not his actual plan, his actual plan, as it is today, is a ban on new leases for oil and gas on public land only.

So, Biden is not actually proposing a complete fracking ban, but it’s just false for Biden to say that he never said he opposed fracking.”