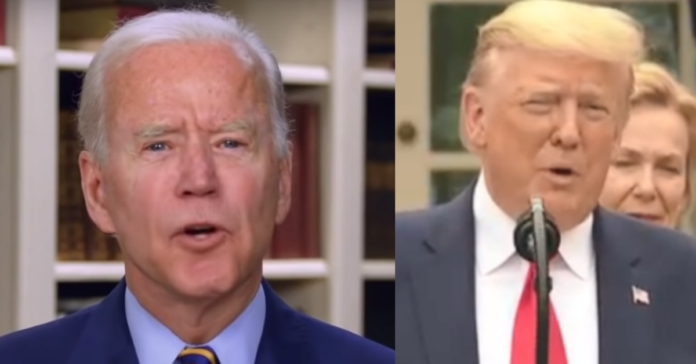 Writing on CNN, Lockhart said: “Given this all of this, it’s not irrational to conclude that Trump can’t win this election. In fact, I believe he can’t.

The public does not trust him to handle the problems the country faces, and they are rejecting across the board his vision of America. Nixon won the culture war in 1972. Trump’s vision of the US, rooted in 1970’s America, is doomed to failure in my opinion.

But the election is not really over for one reason — Biden can lose this election. He’s run a very effective campaign to date, but now we’re getting to crunch time as many Americans are just starting to focus on the race. To avoid a Biden loss, I believe he must do the following over the next 99 days.

Concentrate on turning out core Democratic constituencies. Blacks, women and suburban voters still need to turn out in record numbers to counter the reliable Trump base voters.

Don’t reach and expend resources on states you don’t need to get to 271 electoral votes. You don’t need Texas to win the presidency. The tidal force of a blue wave may deliver the state as a bonus but concentrate on other battleground states.

Don’t be afraid to be boring. The public is tired of Trump’s act. They want competence to replace the reality show. Stick to your own game. Always be the adult in the race.

Don’t take the bait. Trump will goad you with ridiculous and slanderous charges on a daily basis.

Use your advertising resources to respond where necessary to Trump, keep your message about what’s best for the American people.

Whatever you do, don’t debate Trump. Trump has now made more than 20,000 misleading or false statements according to the Washington Post.

It’s a fool’s errand to enter the ring with someone who can’t follow the rules or the truth. Biden will undoubtedly take heat from Republicans and the media for skipping the debates.

But it’s worth the risk as trying to debate someone incapable of telling the truth is an impossible contest to win.

Ignore the polls, run like you are 10 points behind. Make sure your supporters don’t become complacent by not becoming complacent yourself.

With 99 days to go before election day, the race is Biden’s to win. There is nothing Trump can do at this point to win it on his own.

He has to depend on Biden faltering over the next three months to get reelected. With discipline and focus, Biden will be inaugurated as the 46th President of the United States next January.”