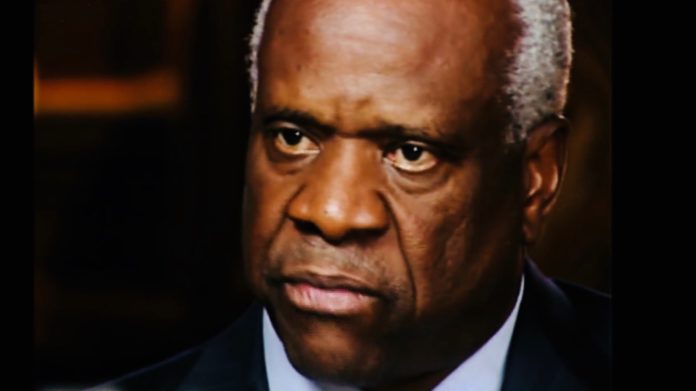 Clarence Thomas is not happy and neither is Sam Alito or Neil Gorsuch. They were the three dissenters in a major decision the Supreme Court just handed down.

To get a case in front of the court, the judges first have to agree to hear it, and most cases never cross this hurdle and end up back in the lower courts with the earlier decision intact.

These ‘decisions ‘ don’t get as much press as when the court hears a case and makes a ruling, but these are every bit as important and send a clear message of where the court stands.

From Bloomberg: The U.S. Supreme Court refused to consider whether Planned Parenthood chapters can sue states that seek to cut off Medicaid payments, ducking a politically charged issue that has divided lower courts.

The justices Monday turned away appeals from Kansas and Louisiana officials who contended the federal Medicaid law doesn’t give providers the right to go to court if they are kicked out of the program.

Justices Clarence Thomas, Samuel Alito and Neil Gorsuch said they would have heard the appeals.

From NBC: Monday’s action by the Supreme Court, declining to take up the states’ appeals, leaves those lower court victories for the Medicaid patients in place.

But abortion is not offered, because federal funds cannot pay for abortions except in cases of rape, incest, or life endangerment. The Kansas affiliate said it provides “essential medical care for hundreds of low-income Kansans each year.”

The states argued that the Medicaid law does not give individual patients the right to sue when health care providers are excluded. If a state acts improperly, they said, the law provides only one remedy: the federal government can withhold Medicaid funds from the states. “

Justices Clarence Thomas, Samuel Alito, and Neil Gorsuch said the court should have agreed to take up the appeals because the issue of whether Medicaid recipients can sue is an important one.

“These cases are not about abortion rights,” Thomas wrote. “So what explains the court’s refusal to do its job here? I suspect is has something to do with the fact that some respondents in these cases are named ‘Planned Parenthood.'”

“Some tenuous connection to a politically fraught issue does not justify abdicating our judicial duty,” he said.