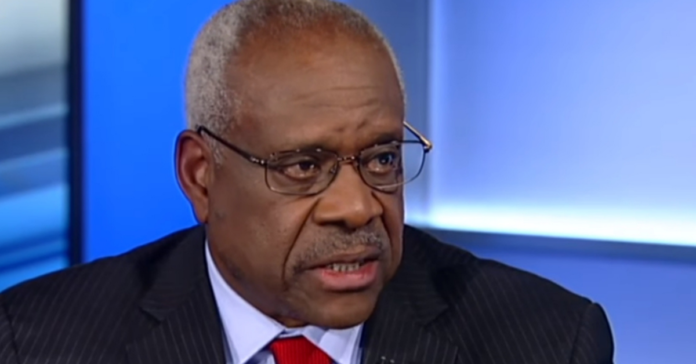 Clarence Thomas issued a blistering dissent in the Trump SCOTUS case that was mostly misunderstood on the left and in the media. Most didn’t understand what Thomas was saying because they criticize first and read later. So they ripped him as a conspiracy theorist pushing Trump’s false election claims.

That is not what he said. He said the dust has settled, Biden won and that is not in doubt. But we do have some minor issues to address and the top court in the land should take this opportunity to issue some real guidelines of what states can and cannot do so we don’t do have any problems in the future.

He is not arguing for the election to be reversed or that Trump won, only that we as a nation faced an extraordinary situation with an election during a pandemic and we should come together to agree on the framework going forward. This should not be controversial.

“That decision to rewrite the rules seems to have affected too few ballots to change the outcome of any federal election. But that may not be the case in the future,” Thomas wrote.

“These cases provide us with an ideal opportunity to address just what authority nonlegislative officials have to set election rules and to do so well before the next election cycle. The refusal to do so is inexplicable.”

“If state officials have the authority they have claimed, we need to make it clear. If not, we need to put an end to this practice now before the consequences become catastrophic,” Thomas wrote.

“We are fortunate that many of the cases we have seen alleged only improper rule changes, not fraud,” Thomas wrote.

“But that observation provides only small comfort. An election free from strong evidence of systemic fraud is not alone sufficient for election confidence. Also important is the assurance that fraud will not go undetected.”

“Thomas is also blasting the other members of the Court for refusing to take up the cases, pointing out they offer an opportunity to settle these issues for future elections as well rather than allow them to continue.

“Clarence Thomas makes it clear in his excellent dissent that holding high-integrity elections is a matter of “national importance” not just for 2020 but for our republic to function.”

Thomas is also blasting the other members of the Court for refusing to take up the cases, pointing out they offer an opportunity to settle these issues for future elections as well rather than allow them to continue