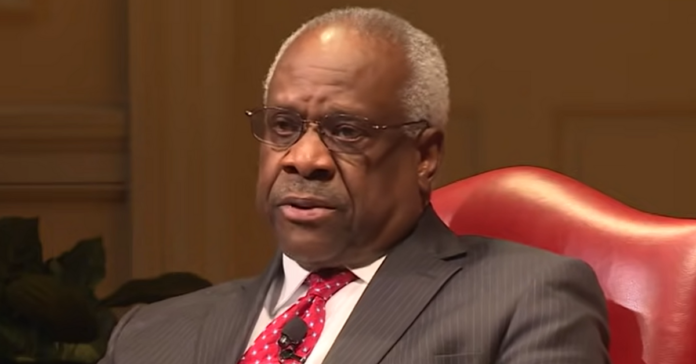 Supreme Court Justice Clarence Thomas fired back at the leaker of the opinion that overturned Roe v Wade comparing it to “an infidelity” and saying it has changed the nation’s highest court.

“The institution that I’m a part of, if someone said that one line of one opinion would be leaked by anyone, you’d say, ‘Oh, that’s impossible. No one would ever do that.’ There is such a belief in the rule of law, a belief in the court, a belief in what we were doing that that was verboten.

“It was beyond anyone’s understanding, or at least anyone’s imagination, that someone would do that.

“I do think what happened at the court is tremendously bad.

“I wonder how long we’re going to have these institutions at the rate we’re undermining them.

“And then I wonder when they’re gone or they are destabilized, what we’ll have as a country.

“And I don’t think that the prospects are good if we continue to lose them.

“You begin to look over your shoulder.

“It’s like kind of an infidelity that you can explain it, but you can’t undo it.

“It is incumbent on us to always act appropriately and not to repay tit for tat.

“You can’t have a civil society, a free society, without a stable legal system.

“You can’t have one without stability and things like property or interpretation and impartial judiciary,” he said.

Justice Clarence Thomas on Friday expressed dismay at the recent leak of a draft Supreme Court opinion that would strike down Roe v. Wade, comparing it to "an infidelity" and saying it has changed the culture of the nation's highest court https://t.co/BGWfs5FoBv