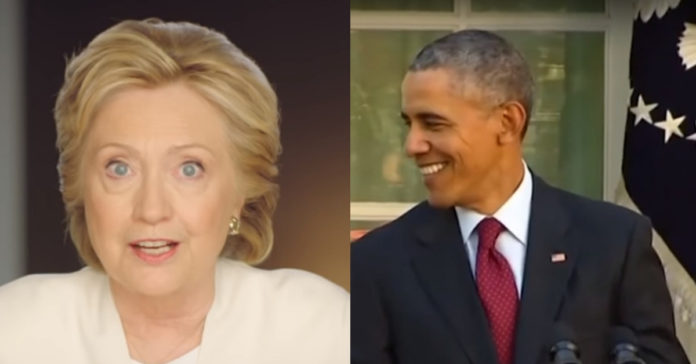 The plot thickens and of course, Hillary Clinton is guilty. The infamous dodgy dossier paid for by the Clinton campaign and used to investigate the Trump campaign came from the most insidious of beginnings.

Christopher Steele, the former British spy who has provided information to the FBI in the past and was head of the Russian desk for MI6 compiled the Russian “dossier.”

He is in court in London after being sued by some Russians who found themselves named in the dossier.

Under cross-examination, the truth came out and it is bad. He told a London court he was hired to provide a basis for Hillary to challenge the results of the 2016 presidential election if Trump won.

From The Washington Times: Steele said the law firm Perkins Coie wanted to be in a position to contest the results based on evidence he unearthed on the Trump campaign conspiring with Moscow on election interference.

His scenario is contained in a sealed Aug. 2 declaration in a defamation law suit brought by three Russian bankers in London. The trio’s American attorneys filed his answers Tuesday in a libel lawsuit in Washington against the investigative firm Fusion GPS, which handled the former British intelligence officer.

In an answer to interrogatories, Mr. Steele wrote: “Fusion’s immediate client was law firm Perkins Coie. It engaged Fusion to obtain information necessary for Perkins Coie LLP to provide legal advice on the potential impact of Russian involvement on the legal validity of the outcome of the 2016 US Presidential election.

“Based on that advice, parties such as the Democratic National Committee and HFACC Inc. (also known as ‘Hillary for America’) could consider steps they would be legally entitled to take to challenge the validity of the outcome of that election.”

Steele’s dossier was used by the FBI to obtain a Foreign Intelligence Surveillance Act (FISA) warrant to spy on several Trump associates.

The FBI never told the FISA court explicitly that the Democratic National Committee or the Hillary Clinton campaign had paid for the dossier, though it did indicate that the document had been compiled as opposition research.

The dossier, and rumors of its contents, circulated widely throughout elite Beltway circles both before and during the election.

The document — whose main claims have never been corroborated — is directly responsible for claims about Russian interference in the election, which Hillary Clinton, the Democratic Party, and the media have used to cast doubt on the 2016 election — just as Steele’s employers had allegedly intended