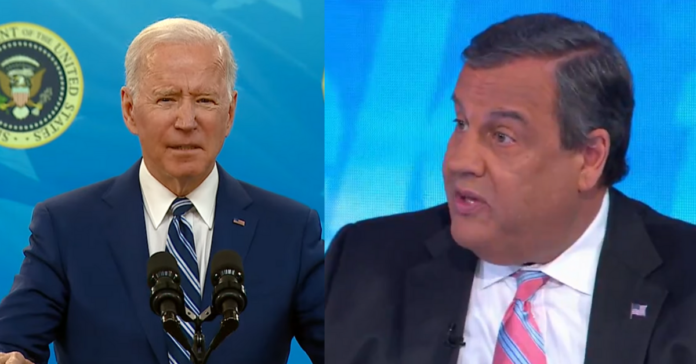 “A couple of real quick points from it: politics need not be a raging fire that destroys everything in its path, every disagreement doesn’t have to be a cause for total war, and we must reject the culture in which facts themselves are manipulated or made up. And Joe Biden’s broken his own rule, 84 days. And now he’s lying to the American people, George.

“He’s lying about this bill, he’s lying to the American people about it to cause the raging fire he said he was going to put out.

“Here’s what Joe Biden’s got to live with when he wakes up this morning on Easter morning. He is doing exactly what he sat around in the campaign and the transition and accused Donald Trump of doing.

“He is lying to cause racial divisions in this country. That’s what he accused Donald Trump of doing, and he’s a liar and a hypocrite this morning.

“Stacey Abrams was in New Jersey, in my state, praising Phil Murphy this week for a voting law where New Jersey early voting is nine days — half of what Georgia’s is,” Christie said.

“Yet she’s on TV in New Jersey — I saw it myself — saying that this is one of the greatest voting expansion bills we’ve ever seen,” Christie added.

“I am so excited to be looking up, looking at New Jersey, knowing that New Jersey is taking us in the right direction,” Abrams said in event.

“To Governor Murphy, to the state legislature, to the secretary of state, and to all the allies who made this possible, you have my heartiest not only congratulations, but you have my gratitude because you are showing the way to a better democracy and a better future for us all.”

.@ChrisChristie on the new Georgia election bill: Pres. Biden is "lying to the American people… he's lying about this bill." https://t.co/pefTFTdhQ5 pic.twitter.com/f5zDMPJMiR