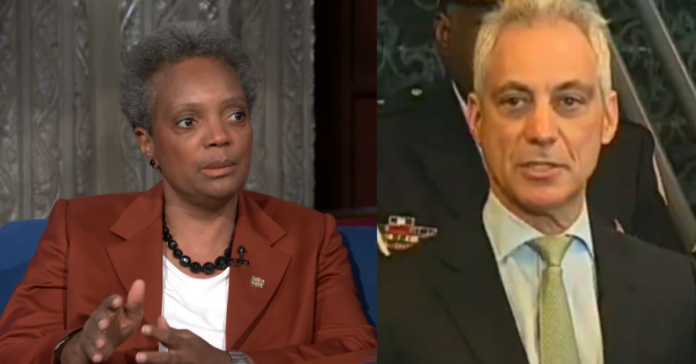 A new report from the University of Illinois may have ended Chicago Mayor Lori Lightfoot’s political career after one term. The report claims Chicago is the most corrupt city in the US.

Chicago wins America’s most corrupt city and Illinois was named the third-most corrupt state and this is from a hometown University. It would be different if this was from a rival state like New York or Ohio or Florida but to come from within the state means the problem is too big to ignore.

The report was co-authored by UIC professor and former Ald. Dick Simpson and by Marco Rosaire Rossi and Thomas J. Gradel. It is based on public corruption statistics published by the U.S. Department of Justice. Looking at a few stats it is easy to see why Chicago ranked at the top. In 2019 there were 26 public corruption convictions in the Northern District of Illinois.

This was double the number in 2018. The rest of the state had six additional public corruption convictions in 2019

In May 2019, Ald. Ed Burke (14th Ward) was indicted on 14 counts of racketeering, bribery and extortion based on evidence that he repeatedly — and brazenly — used his powerful position at City Hall to force those doing business with the city to hire his private law firm. Burke has pleaded not guilty.

Because of delays caused by the COVID-19 pandemic as well as the voluminous amount of evidence involved in the case, Burke has yet to stand trial.

In addition, the investigation swirling around now-former House Speaker Michael Madigan centering on allegations of political hiring and contracting at Commonwealth Edison burst into public view in October 2019 with the revelation that federal agents raided the offices of the City Club of Chicago. Now-former President Jay Doherty was a ComEd lobbyist.

The highest profile corruption conviction in 2019 resulted from the guilty plea of former state Sen. Martin Sandoval (D-Chicago) to charges that he accepted bribes in connection with the placement of red-light cameras in suburban municipalities. Sandoval died in December 2020 after being diagnosed with COVID-19.

Former Ald. Willie Cochran (20th Ward) pleaded guilty in June 2019 to wire fraud in connection with allegations he used a charitable fund for personal expenses. Cochran was sentenced to a year and a day in prison.

You can read the full reports here.

A new report from the University of Illinois claims Chicago is the most corrupt city in the US. pic.twitter.com/bvyHuUEH33

You're Never Going To Believe This: Chicago Was Voted The Most Corrupt City In America For The Second Year In A Row! https://t.co/Fwe5UtUxPA pic.twitter.com/iXbrscOB2B