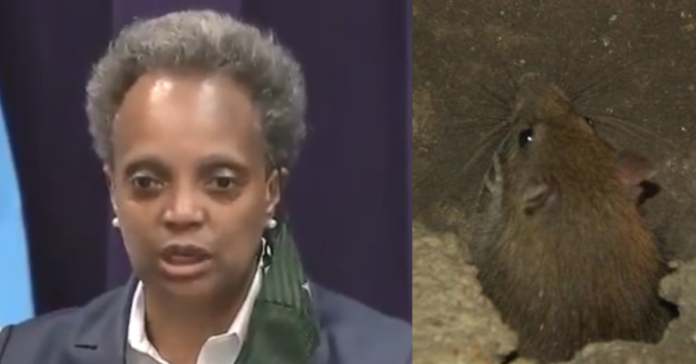 For the sixth consecutive year, Chicago has won the prize you do not want and was named the rattiest city in America by Orkin.

Six years in a row, what an accomplishment and while we cannot blame it all on the overrated Mayor Lori Lightfoot she doesn’t seem to be solving the problem.

Los Angeles, New York, Washington DC and San Francisco round out the top five. Listed below are the top 25 rattiest cities according to Orkin.

From Orkin: Rats have taken to the streets of Chicago, yet again. Orkin released its Top 50 Rattiest Cities List today, and for the sixth consecutive time, the Windy City takes the top spot. New to the Top 10 this year is Baltimore, taking the eighth spot, and moving into the Top 20 is San Diego, rising 13 spots to secure the #19 ranking.  Orkin ranked metro regions by the number of new rodent treatments performed from September 1, 2019 to August 31, 2020. This ranking includes both residential and commercial treatments.

Orkin names Chicago rattiest city in US for 3rd year in a row: https://t.co/KxElBXWvol pic.twitter.com/QHzDZmWbcP