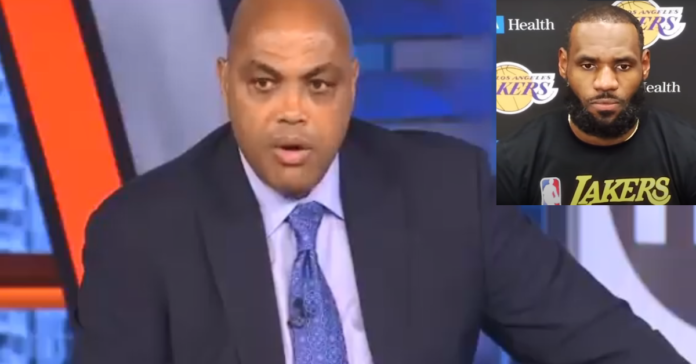 Charles Barkley and Shaq broke with the Democrats and some NBA players over the tragic Taylor case in Louisville.

The case is complicated and one cop has been charged with a lesser crime than the left wanted and Charles cut through the noise and set them all straight.

“I don’t think this one was like George Floyd or Ahmaud Arbery and things like that,” Barkley began. “I feel sad that this young lady lost her life. I think this one was — the no-knock warrant is something we need to get rid of … across the board. But I am worried to lump all these situations in together.”

He continued, “And I just feel bad that the young lady lost her life. But we do have to take into account that her boyfriend shot at the cops and shot a cop.”

“So like I say, even though I am really sorry she lost her life, I just don’t think we can put this in the same situation as George Floyd or Ahmaud Arbery.”

“I have to agree with Charles, this one is sort of lumped in,” O’Neal said.

“You have to get a warrant signed and some states do allow no-knock warrants.”

“And everyone was asking for murder charges. When you talk about murder, you have to show intent.”

“When you have a warrant signed by the judge, you are doing your job, and I would imagine that you would fire back.”

Charles Barkley on defunding the police "Who are black people supposed to call Ghost Busters when we have crime in our neighborhood? We need to stop the defund or abolish the police crap" pic.twitter.com/uEIsnX729g

Charles Barkley says you can't put the Breonna Taylor case in the same situation as George Floyd, Ahmaud Arbery because her boyfriend shot at the police pic.twitter.com/8dMjVMZp39