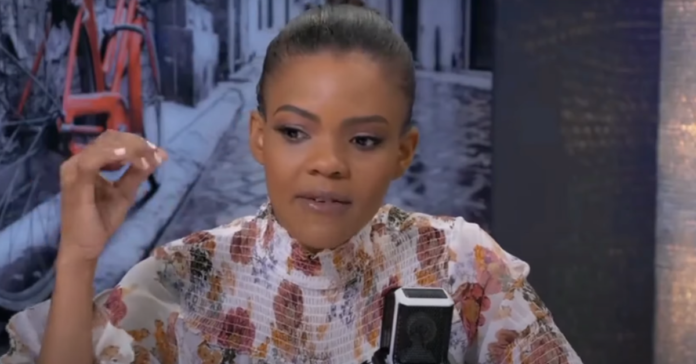 Candace Owens attacks controversy whenever she opens her mouth to speak truth to power. Sadly, her message oftentimes gets lost amid all the noise bit what she had to say about liberals and BLM needs to be heard.

“If you are truly, sincerely a white supremacist in America, the best thing you could do is do nothing and let black America tend to itself because what we do to ourselves, right, when left unattended to ourselves is way worse, when you look at the statistics than allowing any other group to come in and try to do anything to us,” Owens said.

“And that’s including, of course, police officers, who are not killing black Americans for no reason.”

“There is no systemic racism. There is no law. There is nothing that says I cannot do something as a black person that you can do, so it’s completely false. What we’re really talking about is the fact that people want to absolve themselves of personal responsibility, and we’re being helped,” she added.

“If there is anything that is systemic in America today, it is white guilt. It’s been institutionalized, it’s been politicized, politicians and white people feeling bad for themselves and therefore allowing people – allowing black people and white people alike – you know, Antifa and Black Lives Matter to run around and act like toddlers, right?” Owens said.

“There is an emotional immaturity that is happening in black America, and it is spawned by the education system which shapes you from the time you are in kindergarten to believe that because you are black, you can’t in America. When you keep telling a child over and over again they can’t because-, they won’t, right? They will begin to believe in their own futility.”

“I think for the first time there has been a lot of chatter and a lot of debate in black America about politics in general,” Owens said.

“At the height of this racial unrest, there is also racial conversation. I can tell you when I first got started, I had no black fans. It was, ‘You are an Uncle Tom. You’re a coon. You’re a house negro.’ And that has completely transformed. I am inundated with emails from people thanking me.”