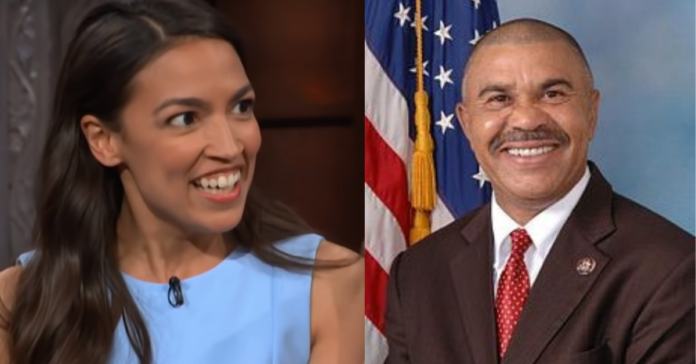 Clay is a member of the on Congressional Black Caucus and just called out AOC for using the race card.

The Democrats are a mess, plain and simple, but it is a good sign that they are trying to reign in AOC and her gang of four that includes Reps. Rashida Tlaib (Mich.), Ilhan Omar (Minn.) and Ayanna Pressley (Mass.).

“Their ignorance is beyond belief,” Clay started. From Mediaite:

“What a weak argument, because you can’t get your way and because you’re getting pushback you resort to using the race card? Unbelievable.”

“That’s unbelievable to me,” Clay said according to The Hill. “I could care less. I could really care less. I agree with the Speaker. Four people, four votes out of 240 people, who cares.”

Clay is a member of the Congressional Black Caucus and is considered a centrist Democrat. The progressive group Justice Democrats has endorsed his primary challenger Cori Bush, and Clay took time to bash Justice Democrats as well.

“They’re missing the fact that we have a very thin margin of a majority that we’re operating under and apparently it doesn’t matter to Justice Democrats, they just want to get skins.

They want to score points for whatever reason. But I find it juvenile, their tactics, I find their ignorance to be beyond belief about American history and about who are really segregationists.

And so how dare they try to play the race card at this point, it shows you the weakness of their arguments.”