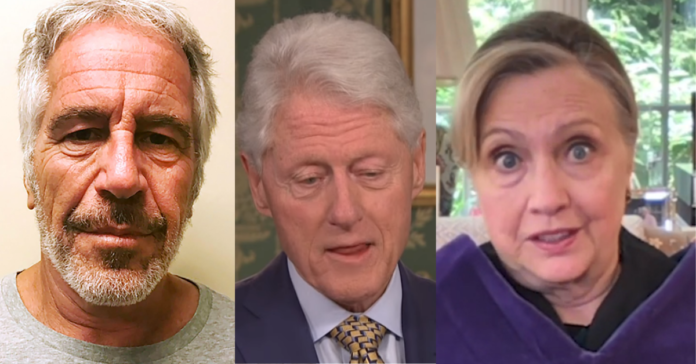 Bill Clinton is desperate to repair the damage to his legacy after bombshell testimony was released by a judge in an Epstein related matter. In that testimony, an eyewitness placed Bill on Jeffrey Epstein’s island with two young women and it is hard to imagine you would forget meeting or seeing a US President up close. Even one out of office.

Now, Angel Urena, a spokesperson for Clinton said Bill “has never been to the island” in the Caribbean where Epstein built his estate.

The testimony of a young victim named Virginia Giuffre says Bill was there. In the questioning by lawyer Jack Scarola, Guiffre was asked, “Do you have any recollection of Jeffrey Epstein’s specifically telling you that ‘Bill Clinton owes me favors?'”

“Yes, I do,” Guiffre answered. “It was a laugh though. He would laugh it off. You know, I remember asking Jeffrey what’s Bill Clinton doing here on Epstein’s island kind of thing, and he laughed it off and said well he owes me favors.”

“He never told me what favors they were,” Guiffre continued. “I never knew. I didn’t know if he was serious. It was just a joke… He told me a long time ago that everyone owes him favors. They’re all in each other’s pockets.”

This is the transcript that will doom Bill Clinton and Hillary right there with him for all of history.

JS: When you say you asked him why is Bill Clinton here, where was here?

Roberts: On the island.

JS: When you were present with Jeffrey Epstein and Bill Clinton on the island, who else was there?

Roberts: Ghislaine, Emmy, and there was two young girls that I could identify. I never really knew them well anyways. It was just 2 girls from New York.

JS: And were all of you staying at Jeffrey’s house on the island including Bill Clinton? Roberts: That’s correct.

He had about 4 or 5 different villas on his island separate from the main house, and we all stayed in the villas.

You can read the document implicating Bill Clinton with Jeffrey Epstein here: pic.twitter.com/5igNwmjM4y