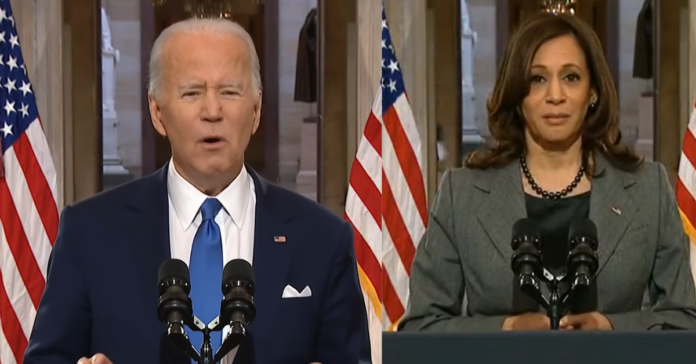 Americans know President Joe Biden’s incompetence has cost us dearly but now people in other parts of the world are also feeling the effects of what happens when Dems get arrogant after winning a close election.

Biden and his team have proven they live in a bubble and are out of touch with the average American. They were clearly caught off guard by the massive backlash when it leaked that Biden and his team of stooges were planning on paying migrants separated during the Trump administration $450,000 apiece so that a family with a kid separated would get $900,000.

America was stunned at the idiocy of such a move and we continue to do so as we learn more about the proposed plan. For example, one mother was separated from her 15 or 16 year-old-son (not a little baby) for only one month and stood to get $900,000. One month separated? And the kid was not a little kid but nearly a man?

But it wasn’t only the American people who noticed this boondoggle, so did the criminal gangs in Central America and Mexico who now, not surprisingly, want a cut of the proposed loot.

Ricardo de Anda said five of the 72 families he represents told him they were threatened with extortion after word of the possible payments leaked. He said one in Guatemala was targeted in an attempted kidnapping.

“These families have told us that they are now the subject of rumors in their communities as to the apparent wealth of family members in the U.S., that they have been subjected to surveillance by apparent criminal elements, and that they have been warned to be vigilant as criminal gangs are considering them the subjects of extortion,” he wrote to Michelle Brané, executive director of the Homeland Security Department’s Family Reunification Task Force.

“As a result of the (news) leaks, family members in the U.S., and those trapped in home country, now live in constant fear,” he added.

One woman’s family in Honduras (she is in North Carolina working construction) already received extortion demands for $5,000 a month he claimed.

“Apparently, I am a millionaire now,” she said.

“I don’t have the money to pay for something like that and I don’t know what to do.

I am desperate, really.

“I am scared. I don’t know what can happen to my kids.”

“People here think that I have lots of money,” said a 47-year-old man in Guatemala whose wife was separated from their son.

“My neighbor told me the other day, ‘So you have money, because money was given to people who were separated in the United States.’

“And I told him that I did not know anything about that,” he said.

“I don’t live in peace,” he added. “I am always looking over my shoulder.”

“I have no doubt that it’s happening in more cases than we know about,” said Trina Realmuto, executive director of the National Immigration Litigation Alliance.

She was involved in settlement talks with Biden’s team of morons.

AP Report: ACLU‘s Demand for $450,000 Payouts to Migrants Entices More Crime https://t.co/v4AoE2tcIZ via @BreitbartNews THIS IS CRAZY BECAUSE THE LEFT IS CRAZY AND THE LEFT HAS JOE BIDEN ON A LEASH